As is my custom, I attempt to spend my father’s yahrzeit every year in Israel. This gives me the opportunity to visit this spiritual, holy land, and first and foremost give my father the kavod he deserves. I appreciate the zechus to daven at my father’s kever.

This year started out no different, as I booked a flight for my husband and myself to be in Israel for a week at the end of February.


At the same time, my very close friend of over 50 years, Debbie Garfinkel Diament, an avid writer of this column, was planning a wedding for her last child. I had already booked my flights, and this aforementioned wedding was taking place a week earlier than my already booked trip. Obviously, going to the wedding would mean missing my father’s yahrzeit. I would have to be satisfied with davening at my father’s kever a few days before the yahrzeit – and I was. I determined that as dancing and being misameach a friend, chassan and kallah are truly special mitzvos, those plans would remain intact.

Debbie was very excited to have a very old friend (“old friend” meaning a “childhood friend”) there, as was I. I had never been to an Israeli wedding, so I very much looked forward to the whole scene. I asked Debbie if she could arrange for me a ride to the simcha, as it was pretty far from Yerushalayim. She e-mailed me back: “Carol will be driving and there will be another passenger in the car, but don’t try to set him up, as his wife won’t be attending. But he is married.” So I thought: okay, I won’t set him up.

When I got into the car, I found a very nice young man there. After speaking to him for a few minutes, I thought about my close friend’s daughter from my neighborhood. She had made aliyah by herself and needed a shidduch. I asked this fellow if he had a friend who we could set up. He responded that he indeed had a friend who had made aliyah by himself from the U.S. 11 years earlier, and who might be a good candidate.

He called him from the car, and the friend expressed interest. I took his phone number and called him the next day. I gathered all of his information and found some similarities between the two people involved in this match. I proceeded to call this friend’s daughter to introduce her to the idea. At first, she wasn’t sure she was interested since she is a very busy accountant and her time is very valuable. She also would have liked more information about him. I advised her that I didn’t have anything more to add, and suggested she could just go out for a cup of coffee.

A short time later they went out, and after another few cups of coffee and numerous soups that the fellow likes to cook, I am pleased to say they are now engaged. Having been in Israel for just a week, and having never met this guy, I found the whole thing quite fascinating.

They recently came to New York for an engagement party, and I had the pleasure of meeting this charming, very well suited couple.

I didn’t have to ponder why there was a need for me to miss my father’s yahrzeit and be in Israel a week early.  This whole scenario was hashgachah pratis.  Had I not asked my friend for a ride instead of going on our own, this shidduch would not have taken place.

I’m privileged that Hashem chose me to be a shaliach, since I was simply in the right place at the right time – part of the master plan from our master planner, Hashem. This is truly a zechus for my family and me, and I’m humbled to be able to perform this mitzvah.

I wish this couple much mazel and berachah as they embrace their new life in Israel together – having quite courageously made aliyah by themselves.

I look forward to being able to do more chesed, and it’s my fervent wish that Hashem grant me that opportunity. 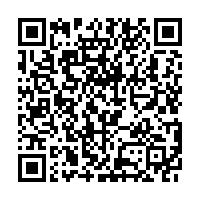