The New York Times greeted the release of the Levy Report with a not unexpected shrill editorial that captured the sentiment of the Arab world, the consensus of international opinion, and the view of not a few Jewish organizations here in the U.S.

They should all calm down and actually read the report, a closely reasoned exposition on international law and the meaning of “occupation” and why Israel’s presence in East Jerusalem and the West Bank does not constitute the same. While many will no doubt disagree with its conclusions, they will no longer be able to drone on, mantra-like, in support of the Palestinians – at least not with a straight face.


We do not delude ourselves into hoping the political situation will change, but now there is something supporting an alternative point of view for those interested. A new framework for discussion, we believe, is upon us.

In an editorial last Tuesday entitled, “Wrong Time for New Settlements,” The Times said in part:

Palestinian hopes for an independent state are growing dimmer all the time. Israel is pushing ahead with new settlements in the West Bank and asserting control over new sections of East Jerusalem, which the Palestinians claim as their capital. Meanwhile, peace talks – the best guarantee of a durable solution – are going nowhere.Now comes another, potentially disastrous, blow. An Israeli government- appointed commission on Monday issued a report asserting that Israel’s 45-year presence in the West Bank is not occupation. The commission endorsed the state’s legal right to settle there and recommended that the state approve scores of new Israeli settlements…. Although non-binding, the commission’s recommendations are bad law, bad policy and bad politics. Most of the world views the West Bank, which was taken by Israel from Jordan in the 1967 war, as occupied territory and all Israeli construction there as a violation of international law.

As the details of the Levy Commission analysis become better known it will not suffice for the Times and others to simply fall back on traditional nostrums and clichés. It’s certainly telling that the Times attempted no discussion of the merits of the report.

The Times doesn’t mention Palestinian recalcitrance as being any sort of impediment to resumed talks – only Israel’s settlement policy. Really helpful would be a Times editorial that for once eschewed condemnation of Israel and instead implored the Palestinians to at long last embrace reality and make a deal. 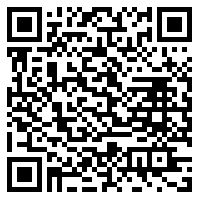