President Obama’s speech on counterterrorism last Thursday at the National Defense University was one of the more impressive he has delivered while in the White House. Indeed, in discussing a reevaluation of how to fight what we all have come to refer to as “the war on terror,” he eloquently identified some profound issues: There is a time, he said, when all wars must end and goals must be reset to reflect new, more modest threats to a nation’s security; that a point comes in wars of long duration – and our nation is of necessity on a prolonged war footing – when restrictions on civil liberties begin to threaten our essence as a democratic people and must perforce be cut back.

However, while Mr. Obama has raised the right analytical framework, the ultimate question is whether he is the person capable of making the judgments as to when those points have been reached and how to adapt. About this we have serious doubts, given his embrace of the notion that the time for change is already upon us. President George W. Bush’s unfortunate “Mission Accomplished” speech of May 1, 2003, comes troublingly to mind.


In his speech, President Obama effectively declared an end to the post-9/11 era:

…America is at a crossroads. We must define the nature and scope of [the] struggle, or else it will define us. We have to be mindful of James Madison’s warning that “No nation could preserve its freedom in the midst of continual warfare.” Neither I, nor any president, can promise the total defeat of terror. We will never erase the evil that lies in the hearts of some human beings, nor stamp out every danger to our open society.

But what we can do – what we must do – is dismantle networks that pose a direct danger to us, and make it less likely for new groups to gain a foothold, all the while maintaining the freedoms and ideals that we defend. And to define that strategy, we have to make decisions based not on fear, but on hard-earned wisdom. That begins with understanding the current threat that we face….

And that current threat, he says, comes from

…lethal yet less capable al Qaeda affiliates; threats to diplomatic facilities and businesses abroad; homegrown extremists. This is the future of terrorism. We have to take these threats seriously, and do all that we can to confront them. But as we shape our response, we have to recognize that the scale of this threat closely resembles the types of attacks we faced before 9/11.…

In sum, he said, “our systematic effort to dismantle terrorist organizations must continue. But this war, like all wars, must end. That’s what history advises. It’s what our democracy demands.”

But there seems little doubt at this point but that the governments in Iraq, Pakistan and Afghanistan are woefully unable to handle the Islamist threats to their countries, which seem destined to once again become havens for rejuvenated terrorist groups planning large scale attacks against us. Certainly the continuing glut of suicide and car bombings is far from reassuring. Moreover, given the beating he is taking over the IRS, Benghazi and press monitoring scandals, the president may find himself at some point driven by a desire to rejuvenate his flagging support among his liberal/left base.

There is also a profoundly troubling aspect to his remarks regarding his plan to dramatically restrict the use of pilotless drone aircraft. Ironically, it was under President Obama that the drones emerged as the most effective weapons against terrorist groups operating in virtually inaccessible mountain areas.

Indeed, the president in his speech said that al Qaeda’s leadership has been decimated and he is correct. To be sure, he was roundly criticized on the left over the deaths of untargeted civilians, including children, in drone attacks. And he is obviously troubled by this. But while we take no joy in the deaths of non-combatants, civilians do die in war and it is the drones that have provided the mechanism for modern military powers to deal effectively with mobile insurgencies, all the while minimizing the risks to U.S. military personnel.

Why would President Obama seek to neutralize the one weapon that has proven so effective in putting al Qaeda on the run? Why would he think the situation won’t revert to what it was when al Qaeda was free to grow its infrastructure in relative safety? 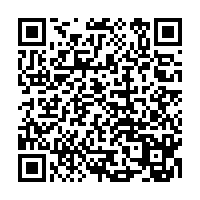