Two leading Haredi Knesset Members have delivered a revelation, apparently based on their Kabbalic insights, that Israel’s latest security and economic woes are a direct results of God’s vengeance for the universal draft that recognizes Haredi youth as equal to other Jewish citizens required to serve the country.

MK Moshe Gafni of the United Torah Judaism party handed down to the common people his prophetic insights.


Everything was just dandy before Yair Lapid came along, according to his understanding. There were no missiles from Gaza threatening Tel Aviv and Jerusalem. There was no poverty. The deficit, to a certain extent bloated by funding for yeshiva education, did not exist.

Syria was not a threat, and the Muslim Brotherhood in Egypt really liked Israel.

So what happened that all of a sudden Syrian President Bashar Assad threatens Israel with missiles and Finance Minister Lapid raises taxes and cuts spending?

It’s the draft, stupid, the draft that demands that Haredi young men actually stop studying in yeshivas – except for the ones who don’t – and serve the country like every other Jew in Israel is supposed to.

The argument has been heard hundreds of times that studying Torah protect Israel through its spiritual rewards.

But this time, MK Gafni seems to have stayed on Mount Sinai too long since the Shavuot holiday.

When they [Yesh Atid] didn’t harm the Torah, there was quiet, also on the security front,” he said. “Syria was a country far away. There was quiet. Israel’s credit rating rose. We were in an excellent economic situation. They started harming the Torah; Syria got closer to us….Missiles are now pointed at Tel Aviv. I believe in this with full faith. There are thousands, hundreds of thousands, and maybe millions like me who believe this. They harmed the Torah and so Israel’s credit rating is plummeting.”

Another Haredi MK, Yisrael Eichler, has identified two wars in Israel. “The first, against the Arabs, stems from security reasons, and the second is a cultural one, aimed against the Torah and the Jewish lifestyle,” said, according to the Yisrael HaYom newspaper.

“Anyone who is truly concerned about Israel’s security knows that only soldiers who are fit for battle should be drafted, subject to security officials’ discretion, not the commissars of secular culture.”

After the Knesset passed the universal draft law, Gafni announced that only two countries in the world have jailed Jews for learning Torah: Rome and Israel.

Thousands of Israeli men fight in the army and learn Torah in their spare time. Combat soldiers serving next to my community in the southern Hevron Hills come to our synagogue daily and open up their Talmud after praying.

So far, no has arrested them. Our security seems to be more or less okay, and the community’s budget is tight but balanced.

Could it be that these soldiers guarding the country and guarding the Torah know something that Gafni and Eichler don’t know?

Yamina Will Support a No Confidence Vote, Looking to Cash in on Favorable Polls 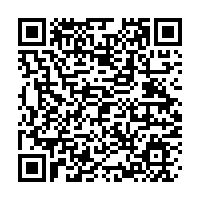