We were intrigued to read on the front page of last week?s New York Jewish Week that New York?s Rabbi Haskel Lookstein has called for a boycott of The New York Times because of the anti-Israel animus that has driven its reporting and editorials on the Middle East. According to the story:

Angered by what he sees as persistent bias against Israel in The New York Times? coverage of the 9-month intifada, a prominent rabbi here is urging a limited boycott of ?the paper of record.?


In a move hailed by some rabbis but seen by Jewish leaders as dubious, Rabbi Haskel Lookstein, spiritual leader of Congregation Kehilath Jeshurun, is asking Jews not to buy the Times, or to cancel subscriptions during the 10 days between Rosh HaShanah and Yom Kippur (Sept. 18-27).

What piqued our interest was not so much that Rabbi Lookstein called for a boycott. In fact, many have called for one. What is remarkable is that it was deemed front page news. Of course, the fact is that The Jewish Press has for many months dissected the pages of the Times and regularly demonstrated its bias. We most recently broke the story in print of The Times? ?correction? after they referred to Efrat as part of Israel. The reason for The Jewish Week?s anointing Rabbi Lookstein as leader of the effort may well lie in Rabbi Lookstein?s lauding The Jewish Week in an opinion piece the same week for ?revealing? the bias, despite its warming to the issue only rather recently.

Moreover, one wonders why, after determining that a boycott was the way to go, Rabbi Lookstein built in a 90-day grace period? He reportedly wanted it to coincide with the anniversary of the outbreak of the intifada. But can anyone recall a similar hiatus associated with calls for boycotts by Jesse Jackson or Al Sharpton, who despite everything else, have fined-tuned this sort of tactic?

We recognize that there is a serious debate over the use of boycotts. But we are concerned that trivializing it also trivializes the ultimate goal of changing the public perception of Israel. It is unfortunate that The Jewish Week, Rabbi Lookstein, and many of his colleagues touted Oslo long after it became clear that Israel was being saddled with a no-win script which provided a cover for Palestinian duplicity. And as Israel sought to extricate itself, it fell victim to a hostile press which seized upon every instance of its not scrupulously adhering to Oslo?s terms. The seeds for the demonization of Israel were thus planted and nurtured by The New York Times.

Israel had been widely regarded as the aggressor in the Palestinians? eight-month uprising. But international opinion swung to Mr. Sharon?s side when he did not order retaliation after the Tel-Aviv bombing. 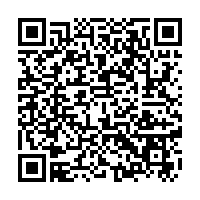