In a recent interview with the Jerusalem weekly Iton Yerushalayim, Professor Amiram Goldblum, an associate of Peace Now’s National Secretariat and head of the movement’s Settlement Watch Team, discussed the disillusionment of Israel’s peace camp, supported unilateral separation, called for the annexation of 50% of the settlers, and opposed the Palestinian “right of return.” Following are excerpts from the interview:

Q: In a full-page ad in the June 1, 2001 edition of Ha’aretz, the Peace Now movement called on the Israeli public to join a protest in Jerusalem calling for a settlement freeze and cease-fire. That protest never took place. What happened?


A: Immediately following the suicide bombing at the Tel Aviv disco club hundreds called and said they felt it would be too difficult to protest. This is bad timing [they said], no one would listen to us, everyone is mourning.

Q: How many were you expecting at the protest?

A: Around a thousand people.

Q: During the Lebanon war you gathered 400,000 protestors.

A: The truth is, there weren’t really 400,000 protestors there. But true, there were a few hundred thousand of us. Now we have to start from scratch.

Q: Sic Transit Gloria Mundi? (This is how the world’s glory passes?)

A: We are trying to become capable of sweeping a large camp [behind us] when the time is right and when the camp is ready. We cannot make things just happen out of thin air. The name [Peace Now] is very problematic. Today I would not choose the same name for the movement, but we can’t change it now. I find this name extremely difficult and it is even a source of embarrassment for me. I can’t even put the movement’s sticker on my car.

Q: What is the difficulty?

Q: In times past, when the movement was effective, and thus also dangerous for your political rivals, people used to throw stones and shatter your windows with the Peace Now sticker displayed on them. Does anyone bother even picking up a stone today [at the sight of a Peace Now sticker]?

A: I feel that people look [at the Peace Now sticker] and say: “What an idiot is driving this car.” Unlike his friends who cheered the Oslo accords, Goldblum thought it was an unworkable agreement, and even today he disagrees with Peace Now’s official guidelines regarding a preferable agreement.

Q: Your movement keeps on supporting interim agreements; what are your suggestions?

Q: As prime minister, would you take such a security risk?

A: The starting point would be an airtight security closer, a creation of a 310-kilometer security fence along the Green Line, an airtight closing of the border between Jordan and the Palestinian territory, between Egypt and the Gaza Strip, and of the Mediterranean. This closure would be so complete that is would allow us to inspect every mouse entering Israel.

Q: But if we maintain presence alongside the Jordan River, this means not bringing the occupation to its end.

A: Hold on a second. This will first of all mean that we end the occupation of Palestinian communities. You cease the control of their daily lives and of their free passage inside the Palestinian territories. Today, the IDF is controlling 190 checkpoints of passages between A areas [full PA control] and B areas [PA civil control and Israel security control]. This is the problem with Oslo – it was constructed around the existence of settlements. The Palestinians were idiots too for agreeing to defer the settlement issue to the final status agreement.

Q: You are saying, “I don’t want to control their daily lives,” but when you control the checkpoints between your territory and theirs you are still very much in control of their lives. 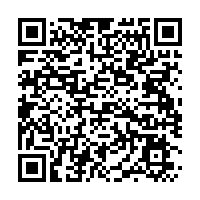