We were dismayed by many of the sanctimonious expressions of horror condemning the (admittedly heated) rhetoric of some critics of congressional supporters of the Iran nuclear accord.

Congressman Jerrold Nadler, whose district has the largest concentration of Jews in the country, came in for some particularly harsh criticism after he announced his support for the deal.

Even some congressional Democrats who oppose the agreement declared themselves disturbed by the increasingly heated tone of the debate. Three of them – Eliot Engel, Nita Lowey, and Steve Israel – issued a joint statement which said in part:

We call upon those concerned about the consequences of the upcoming vote to refrain from attacks and focus on the substance of the agreement. Vitriolic rhetoric and threats distract from the thoughtful debate this important issue deserves and, in some cases, unacceptably perpetuate hate.

And then there was the expected lengthy New York Times dispatch filled with obligatory statements from the Democratic Jewish political establishment and the ADL:

The attacks on Representative Jerrold Nadler, Democrat of New York, since he announced his support for the nuclear accord with Iran have been so vicious that the National Jewish Democratic Council and the Anti- Defamation League both felt compelled this week to publicly condemn Jewish voices of hate.

To be sure, the worst of what was directed at Mr. Nadler by some random hotheads with no real power or influence (calling him a “kapo,” for example) was over the top. But even that did not have the potentially incendiary and calamitous impact as the charge of “dual loyalty” being hurled at opponents of the agreement by some of the deal’s overheated supporters.

And not too many people seemed to get all that upset when the president of the United States initially spoke of war as the only alternative to the nuclear deal he struck with Iran, implying that the deal’s opponents were effectively warmongers.

In any event, it’s important that we not lose sight of the essence of the current debate over the nuclear deal with Iran or become distracted with warm and fuzzy liberal nostrums of civility. What we are faced with now is nothing less than the future of America’s place in the world; the likelihood that a nuclear Iran will trigger a regional nuclear arms race; and the once unthinkable scenario in which an enemy of Israel dedicated to its destruction gains the wherewithal to implement its evil designs. 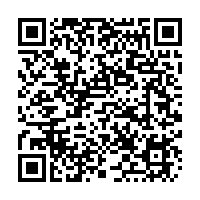