We were dismayed but not surprised by the reactions of several Democratic presidential aspirants to President Trump’s critical remarks about Rev. Al Sharpton.

Sharpton had announced he would hold a press conference in Baltimore “to address Trump’s remarks & bi-partisan outrage in the black community” over the president’s description of Baltimore as a rat-infested, poverty-stricken area and of Congressman Elijah Cummings, its representative in Congress who is black, as negligent in not making sure it had the resources it needed. The president’s remarks had followed Cummings’s berating of the acting secretary of the Department of Homeland Security during a hearing regarding the way migrant children were being treated at the U.S.-Mexico border.

So, in response to the Sharpton announcement, Trump said he knew Sharpton for 25 years and that “Al is a con man, a troublemaker, always looking for a score.”

Of course we in New York are familiar with Sharpton and the persistent “racial arson” allegations against him and completely concur in Trump’s remarks – except hat we would go even further.

Sharpton first emerged on the public scene in the infamous 1987 Tawana Brawley affair in which he claimed that a black teenager had been abducted by a white gang, including a local assistant district attorney, Steven Pagones. A grand jury cleared Pagones and also found that the alleged incident never happened.

In 1991 he defended a New York City college professor who had slammed “rich Jews” for financing the slave trade and manipulating Hollywood in an effort to maintain “a system of destruction of black people.” In the midst of the ensuing controversy Sharpton announced, “If the Jews want to get it on, tell them to pin their yarmulkas back and come over to my house.”

In the 1991 Crown Heights tragedy, a Jewish driver accidentally ran over a 7-year-old African American, Gavin Cato. During the anti-Semitic riots that broke out, Sharpton reportedly led marches which featured chants of “Kill the Jews.” Of course, the riots culminated in the stabbing death of Yankel Rosenbaum. At the funeral for Cato, Sharpton made snide references to the presence of “diamond merchants” in Crown Heights.

In 1995, Sharpton got involved in a dispute in Harlem which pitted a Jewish tenant, who ran Freddy’s Fashion Mart, against his black subtenant, who ran a record store. Sharpton went on radio and declared, “We will not stand by and allow them to move this brother so that some white interloper can expand his business on 125th Street. Sharpton’s assistant said, “This street will burn. We are going to see to it that this cracker suffers.”

Sharpton’s National Action Network then led protestors in front of Freddy’s Mart, referring to Jews as “bloodsuckers” and threatening “to burn and loot the Jews.”

After two months of this sort of thing, one of the demonstrators rushed into the store and burned it to the ground, killing seven people and shooting himself.

Yet this is how New York City Mayor Bill de Blasio’s responded to Trump calling out Sharpton: “I’ve known…[Sharpton] for decades and Trump’s characterization is not only disrespectful, it’s untrue. While [Sharpton] was pushing for justice in the teaching of Dr. King, Trump was calling for the execution of five innocent black boys [in the Central Park jogger case].”

(It should be noted that when the Central Park case was scheduled to go to trial in 1989, then private citizen Donald Trump took out full-page ads calling for the reinstatement of the death penalty in New York. He didn’t quite call for the execution of the five accused men. They had confessed to the attack on the jogger, but their convictions were later overturned when someone else confessed to the crime.)

For de Blasio, it seems, none of Sharpton’s antics is of any consideration. Indeed, since the Trump ad was placed in 1989, the mayor’s “decades” long period had to include the Crown Heights and Freddy’s Mart tragedies. This from the mayor of a city with the largest Jewish population outside of Israel is breathtaking.

Of course, de Blasio is not a serious player in Democratic presidential politics. But here are similar reactions from three, who at the time of this writing are:

Joe Biden called Sharpton “a champion in the fight for civil rights. The fact that President Trump continues to use the power of the presidency to unleash racist attacks on the people he serves is despicable.”

Elizabeth Warren said, “Rev. Sharpton has dedicated his life to the fight for justice for all. No amount of racist tweets from the man in the White House will erase that – and we must not let them divide us. I stand with my friend Al Sharpton in calling out these ongoing attacks on people of color. “

Kamala Harris chimed in with, “Rev. Sharpton has spent his life fighting for what’s right and working to improve our nation, even in the face of hate. It’s shameful, yet unsurprising that Trump would continue to attack those who have done so much of our country.”

Al Sharpton? This is either pandering of the worst sort or Trump Derangement Syndrome running amok. Probably both.

Come election time, readers are urged to remember who our real friends are. 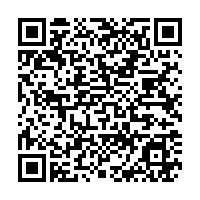