There appears to be a concerted effort on the part of the Obama administration to stop the freefall of its Mideast policy. According to The New York Times, Secretary of State Kerry’s recent pronouncements were intended to “rebut critics who have contended that American influence in the Middle East has diminished under President Obama’s administration” and to counter what he called the “myth of disengagement in the Middle East.”

The Times reported that American influence “has ebbed” following Syrian President Assad’s defiance of American demands that he step down and al Qaeda’s significant military successes in Iraq.


As we noted last week, Mr. Kerry went to great lengths to tell the world the U.S. was not being “soft” on Iran. He seemed stung by the reaction to UN Secretary General Ban Ki-moon’s invitation to Iran to participate in the Syria discussions despite the Iranians’ refusal to embrace the notion that Mr. Assad needed to step down. The invitation seemed consistent with Mr. Kerry’s prior statements that Iran could participate “from the sidelines.”

When the Syrian opposition erupted, Mr. Kerry slammed Iranian intransigence. This past week, he again took off after Iran. Abandoning the deferential language he had recently been using regarding the negotiations with Iran over its nuclear program, he pressed the Iranians to prove their nuclear efforts were peaceful in nature.

He went on to lay down specific requirements Iran had to meet – including extensive verification to satisfy concerns of the International Atomic Energy Agency over its past non-compliance with its commitments as well as abandonment of plans to build a heavy-water reactor that could produce plutonium.

Similarly, Mr. Kerry’s efforts to promote an agreement between Israel and the Palestinians have hit some snags and he needs to explain them away. Israel is having none of his talk about technological means of guaranteeing Israeli security while the Palestinians, for their part, contend the U.S. is favoring Israel by not insisting on an Israeli commitment to withdraw from almost the entire West Bank.

Significantly, perhaps out of fear of further alienating Congress, Mr. Kerry spent a good part of his speech at the economic summit in Davos last week explaining why the U.S. is focusing on Israeli security and not the Palestinian demand for prompt discussions of final borders. “[T]he Israelis, rightfully, will not withdraw unless they know that the West Bank will not become a new Gaza, Nobody can blame any leader of Israel for being concerned about that reality,” he said.

By speaking in such terms, Mr. Kerry seems to be casting his inability to make any progress in the region not as a policy failure on the part of the administration but as something he expected, as least in the short run.

We suspect, though, that Mr. Kerry’s efforts to rescue Washington’s failed Mideast initiatives will come to naught. The world has at long last tuned out President Obama, who enters the second year of his second term the lamest of lame ducks. 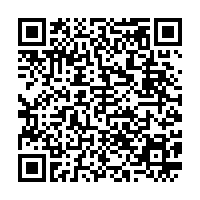