You may not know his name, but if you sing “Eishes Chayil” on Friday night, you are familiar with his music.

Ben Zion Shenker, 88, has composed roughly 500 songs in his lifetime, including “Eishes Chayil” (completed in 1953), “Mizmor L’David, Hashem ro’i” (composed in 1946), and “Yasis Alayich” (composed in 1965). In addition, he has published several records of the music of Modzitz – a Polish Chassidus – including the very first chassidic record in the United States, “Modzitzer Melave Malke,” released in 1956.


Recently dubbed “the greatest living figure of chassidic music” by NPR, Shenker still composes several new pieces every year. He is currently recording an album of some of his Haggadah compositions, which he hopes will be out before Pesach.

The Jewish Press interviewed him at his home in Flatbush last week.

The Jewish Press: Where were you born?

Shenker: In Williamsburg, Brooklyn, NY, 1925. My parents came to America in 1921. Both of them came from small towns not far from Lublin.

How did you first get involved in music?

Well, music is something you have to be born with. My early involvement didn’t come until I was about 12 years old when I joined a choir led by a fellow by the name of Joshua Weisser. He heard me singing one Shabbos…and he told my father he’d like me to join his choir. But my father said to him, “I don’t think the choir is for him. He’s a yeshiva boy.”

Choirs at that time weren’t known for their religiosity, and he thought I was too young to go away from home.

This was a choir that accompanied chazzanim in shul?

Yes, you don’t have too many of them now, but at one time all the big shuls had chazzanim and choirs. It was almost a given.

In any event, my father told him he didn’t think it was a good idea. But Weisser found out where I lived and went to speak to my mother. My mother told him the same thing. But [he was persistent] and promised that wherever we went he would put me up at the rabbi’s house or the finest ba’al habayis….

So I joined and became the alto soloist. He had special solos for me; he even wrote some new ones because I was able to do what they call a coloratura, which is like a shalsheles. Most kids couldn’t do it, but I had the aptitude because I used to listen to a lot of chazzanushe records when I was a kid.

In fact, when I was three or four years old, maybe even younger, we had a Victrola player in the house, and my mother would sit me down in front of it for hours with a pack of chazzanushe records. So I was pretty well advanced as far as my knowledge of chazzanus, and Weisser appreciated that.

Is it true you also had your own radio program at age 13?

I had a 15-minute feature on one of the Jewish radio station in downtown Brooklyn. When I started off, it was on a Sunday afternoon, around 12:00. So I had to get permission from the yeshiva to leave. My teacher was Rav Pam – it was his first year teaching in Mesivta Torah Vodaas – so I went over to him and told him I have a radio program and have to leave at 11. He said, “A radio program?” He couldn’t believe what he was hearing.

He said, “I can’t give you permission. You have to go to the principal, Rabbi [Shraga Feivel] Mendlowitz. So I went to Rabbi Mendlowitz, and he also looked at me…and had a little hard time giving me permission. But he [eventually agreed]. He said, “Number one, you have to come back to the second seder. Secondly, I don’t want you to hang around there. Go there, do your job, and leave. Don’t make any friends with anybody.” Those were the terms. 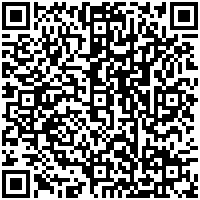