Many of us are actually quite satisfied that U.S. efforts at securing a peace treaty between Israel and the Palestinians seem to have been put on hold these past few months. Doubtless the upcoming presidential election and the uncertainties of the so-called Arab Spring made serious administration pressure on Israel impractical. Indeed, we were not all that surprised by a recent speech given by Israeli Vice Prime Minister Moshe Ya’alon indicating that Israel had persuaded President Obama to change his strategy from trying to solve the Israeli-Palestinian conflict to merely managing it.

In his speech, delivered at the Orthodox Union’s Israel Center in Jerusalem, Ya’alon mocked the international community for what he called its “solutionism” and “nowism” in its attempt to solve a conflict that cannot currently be solved.


But we are also mindful that the U.S. and the Quartet are on record with their goal of solving the conflict by the end of 2012. And some developments this past week suggest that things continue to percolate under the radar.

For one thing, it appears Fatah and Hamas are finally poised to unite. There was the announcement the other day of an impending mutual release of prisoners and joint planning sessions. Significantly, while this kind of news has usually prompted a sharp reminder from the U.S. about Hamas being a terrorist group, this time there was silence.

In addition, the Islamist parties continue to rack up heavy electoral victories in the Egyptian parliamentary elections. When the final results are in, there can be little doubt Israel will be facing an extremely hostile neighbor and the U.S. will begin advising Jerusalem it has no choice but to placate the new powers-that-be in Cairo. The same will be true for Turkey, which every day seems to become more anti-Israel, more anti-West and more ascendant in the leadership of the Muslim world. And of course Iran will present its own challenges, particularly after the presidential election. So while there is a temporary respite from the sense of urgency that earlier characterized President Obama’s frenetic efforts in the Middle East, we fear that once the distractions pass, he will, if reelected, return with a vengeance to his earlier insistence on Israel accommodating its implacable enemies.

Ron Paul, Israel, And The Other GOP Candidates
It was only two weeks ago that, except for Congressman Ron Paul, the aspirants for the Republican presidential nomination were falling all over themselves in expressing undying support for Israel and its right to choose how it would pursue its own destiny. This week confirmation – if any were needed – surfaced about Mr. Paul’s virulently negative views on Israel. Yet as of now he has not been confronted on this by his fellow candidates.
Eric Ondero, who served for several years as a senior aide to Mr. Paul, denied the congressman is anti-Semitic but disclosed that he is indeed a rather militant opponent of Israel who “wishes the Israeli state did not exist at all.” (See more on Mr. Paul in Media Monitor, page 13.)
Newt Gingrich, Mitt Romney, Michele Bachmann and Rick Santorum feel it’s important to let voters know how much they support Israel. So shouldn’t they be calling out Ron Paul on his hostility to America’s closest ally in the Middle East? 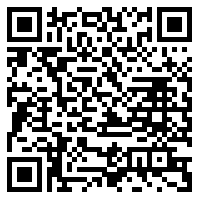