It was only two weeks ago that, except for Congressman Ron Paul, the aspirants for the Republican presidential nomination were falling all over themselves in expressing undying support for Israel and its right to choose how it would pursue its own destiny. This week confirmation – if any were needed – surfaced about Mr. Paul’s virulently negative views on Israel. Yet as of now he has not been confronted on this by his fellow candidates.

Eric Ondero, who served for several years as a senior aide to Mr. Paul, denied the congressman is anti-Semitic but disclosed that he is indeed a rather militant opponent of Israel who “wishes the Israeli state did not exist at all.” (See more on Mr. Paul in Media Monitor, page 13.)


Newt Gingrich, Mitt Romney, Michele Bachmann and Rick Santorum feel it’s important to let voters know how much they support Israel. So shouldn’t they be calling out Ron Paul on his hostility to America’s closest ally in the Middle East? 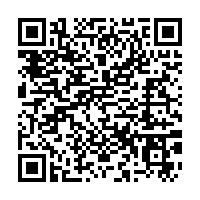