Over the years we have observed that, to us, it seemed that the ADL was inching entirely too close to a routine embrace of the policy positions and politics of the Democratic Party. To be sure, its former national director, Abraham Foxman, did tend to try keeping the group focused on its traditional assignment of protecting Jews against anti-Semitism. However, even his careful steerage has been compromised in the last three years by the excesses of his successor, Jonathan Greenblatt.

Of course, as a long-time Democratic Party operative and Clinton and Obama staffer,  Greenblatt could be expected to tilt things in favor of his former employers. But he went well beyond the pale with his recent criticism of President Trump’s nomination of Judge Brett Kavanaugh to succeed retiring Supreme Court Justice Anthony Kennedy.

Literally within seconds of the announcement of Kavanaugh’s nomination, Greenblatt tweeted that Kavanaugh lacked the “independence and fair treatment for all that is necessary to merit a seat on the nation’s highest court.” This before any Senate hearings or Kavanaugh being given the opportunity to address any concerns.

For heaven’s sake, Kavanaugh has been a federal appeals court judge for more than 10 years and has anchored his opinions on a consistent reading of the Constitution and U.S. Supreme Court precedent. Although one could differ with his interpretations, there is nothing we have seen that would support the notion that Kavanaugh is some wild-eyed right-wing nut bent on eviscerating human liberty.

Of course, the “Resistance” has its own axe to grind and positions to advocate. But that is precisely the point. The identification of Jewish interests with those of one political party comes with great peril – something that hopefully Mr. Greenblatt will quickly be made to appreciate. Additionally, it is high time that the Greenblatts of the world renew their vows to intellectual tolerance and the marketplace of ideas. 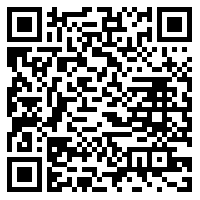