(JNS) In a rather rare judgment, a Jerusalem District Court just issued a lien on two large ships that are part of a Gaza-bound flotilla set to arrive in Israeli waters later this month, with the intent that the sea vessels can be sold, with proceeds going to families of Israeli victims of Hamas-sponsored terror attacks.

The strategy to seek a lien on the ships in order to benefit the victims was introduced to the court by the Shurat HaDin-Israel Law Center’ NGO on behalf of two Israeli families (Weinstein and Gavish) who for years have been involved in various lawsuits against Hamas for the murder of relatives.


On Dec. 1, 2001, 14-year-old Adam Weinstein from Givon Hahadasha was killed along with 10 other young people in a Hamas suicide-bombing on Jerusalem’s Ben-Yehuda pedestrian mall. Three members of the Gavish family were shot dead on March 28, 2002, when a Hamas terrorist armed with a rifle infiltrated their home in the Samaria community of Elon Moreh.

According to Shurat HaDin founder attorney Nitsana Darshan-Leitner, the successful approach, which persuaded the court to issue the lien last week, was to convince Judge Moshe Drori that while organizers of the flotilla are claiming that the ships are to be turned over Gazans for their benefit, “there is no question that Hamas would take the ships away from the residents to be used for terrorist operations [against Israel].”

Valued at around 100,000 euros (nearly $120,000), Darshan-Leitner tells JNS that the boats—named Freedom and Return, set to leave for Gaza from a port in Sicily—are so large (some 80 feet and 65 feet, respectively) that their only purpose will be to enhance Hamas’s naval terror units.

According to Darshan-Leitner, the organizers of the new flotilla are comprised of various Muslim extremist groups affiliated with Hamas, as well as the Turkish IHH terror organization—the same group behind the 2010 flotilla that saw Israel Defense Forces’ soldiers raid one of the ships, the Mavi Marmara, and after being brutally attacked were forced to open fire, killing nine of the terrorists on board.

Darshan-Leitner says the leaders of this latest flotilla have announced that “they are not bringing any humanitarian aid on board, but that they are turning over the vessels themselves, to be used by children’s youth groups in Gaza. But we know with 100 percent certainty that Hamas will not give the boats to the residents of Gaza.”

She explains that once the flotilla reaches Israeli waters, the Israeli Navy will spring into action and tow the boats into the Ashdod port, while the organizers will be deported from Israel. Thanks to the court’s lien, the two vessels will then be sold in the free market, with the proceeds earmarked for the Weinstein and Gavish families.

One of the experts who testified in court on behalf of Shurat HaDin was Arieh Spitzen, the former head of Palestinian Affairs for COGAT: The Coordination of Government Activities in the Territories. COGAT is responsible for overseeing Israel’s civilian and humanitarian policy in Judea and Samaria, and Gaza.

Spitzen told JNS that he was able to prove to the judge how Hamas in Gaza “cynically steals humanitarian aid and equipment earmarked for use by civilians for terror purposes.”

He said that “Hamas’s modus operandi is to seize any equipment earmarked for the civilians if it can be used to enhance their military capabilities.”

Spitzen cited examples of such instances, including how Hamas intercepted concrete sent by Israel to Gaza in an effort to help rebuild schools and hospitals following “Operation Protective Edge” in 2014, and diverted the building material towards their terror tunnels.

Spitzen also explained to the judge that “all these years, but especially in the last few years, Hamas has been interested in bolstering its navy and its naval commando units. This is extremely important for them.”

He added that “since Israel has found solutions for the underground [terror] tunnels, and is using the Iron Dome system to intercept missiles, and has halted suicide-bombers arriving from Gaza, military operations to be launched from the sea have become their focus.”

Brig. Gen. Noam Feig (ret.), who served as the Chief of Staff and Deputy Commander of the Israeli Navy, also testified against Hamas as part of last week’s proceedings. Spitzen said Feig was able to explain to the court in detail how Hamas could weaponize the two ships for use against Israel should they fall into their hands.

In reaction to the ruling, Dov Weinstein, Adam’s father, told JNS that he welcomes “anything that can stop the killing.”

He added, “The most important thing to understand is that the leaders of Hamas and the PLO don’t really care about their own people. Everything they do is to make themselves rich, while both Israelis and Palestinians pay the price.”

Weinstein noted that his family’s case against Hamas in a separate legal proceeding has been going on for 17 years for bureaucratic and political reasons, and that their concern isn’t whether or not they see the money from the sale of the ships. “The point is that we have to do a lot more to stop [terror groups] from money-laundering and stop the support they get from other countries,” he said. “By taking away the ships, we are taking away their power.”

In 2006, the Gavish family won a 90 million NIS ($25 million) ruling against Hamas, but even so they have yet to receive any compensation. Darshan-Leitner however is optimistic that as a result of this ruling, the ships will be sold and the families will in fact receive reparations. 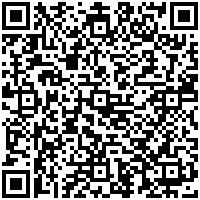