According to the State Department, the U.S. has reached President Obama’s stated goal of taking in 10,000 Syrian refugees on an emergency basis. Under current immigration rules, the president could allow up to 10,000 into the United States in the fiscal year ending August 31.

Republican presidential candidate Donald Trump has argued for the cessation or severe restriction of immigration from areas where terrorists are known to have established a presence until there is a more effective means available to prevent terrorists from slipping in with other refugees. Democratic candidate Hillary Clinton has said that she favors a quota of 65,000 but does not specify over what period of time.


We expect this issue will get a full pubic hearing once the presidential campaign picks up steam, as it traditionally does, after Labor Day. But the starkly divergent views of Mr. Trump and Mrs. Clinton have tended so far to draw attention away from a particularly salient factor. It is true as many have said that immigrants in past eras have, for the most part, melted into American society – think the Jews, the Italians, the Irish. Yet it also seems beyond dispute that the current wave of immigrants from Syria may well include a potentially toxic element unknown in our history.

Thus, while the aforementioned groups contained some individuals with violent tendencies, that violence was directed toward achieving financial or social gain without a motivating religious or political dimension. However, we don’t know how many Syrian refugees coming in now harbor a desire to challenge and undermine the American political system by violent means in the name of jihadist Islam.

The scourge of Islamist extremism has already altered for the worse the way citizens of England, France, and Germany go about their daily lives. And according to surveys and studies, even a significant number of non-violent Muslim refugees in Europe entertain notions of transforming their host countries into something unrecognizable.

To assert, as some do, that such concerns are not consistent with “American values” is beside the point. The Constitution, as many have famously said, is not a suicide pact. The risk is all too real, and it must be the goal of our elected leaders to somehow keep that risk from becoming a reality. 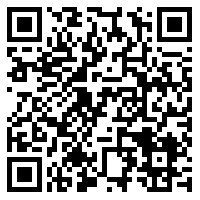