Well, that took a while.

In the aftermath of the Mueller Report, we can expect that the Democrats will be pulling out all of the stops to get the raw evidence that special counsel Robert Mueller accumulated. And it’s not just because they are dissatisfied with the final, no prosecution decision by Mueller and Attorney General William Barr regarding collusion and the we-won’t-get-involved outcome to the obstruction question. Additionally, they will be seeking justification to support alternative analyses leading to a different conclusion.

Anything is possible, but given the sophistication of Russian intelligence operatives, the chances of damning collusion information having being overheard in meetings with Trumpites were remote from the outset. All along, the Democrats’ best bet was to have accounts of meetings and discussions with Russians out there on the public record, allowing the public to come to its own conclusions.

This was underscored early on by the fact that while there were more than 30 indictments handed down by the special counsel, not one involved collusion in any way. This strongly suggested that the usual investigatory technique of getting lower level participants in illegal activities to flip and implicate their superiors was not moving the investigation forward inasmuch as underlings are invariably tempted to flip by offers of reduced sentences for complicity in the crime being investigated – in this case, collusion with Russia.

Moreover, with each indictment announcement, Deputy Attorney General Rod Rosenstein declared that there were no allegations that any Americans had knowingly discussed anything about the 2016 presidential elections with persons they knew to be Russians. So the Democrats had much reason to believe that rock solid evidence was not a reasonable prospect.

Indeed, Barr wrote in his letter to Congress that despite plenty of evidence that Russia did try to influence the election, no one in the Trump campaign “coordinated with the Russian government in these efforts, despite multiple offers from Russian-affiliated individuals to assist the Trump campaign.”

Similarly with the issue of President Trump’s possible obstruction of justice. That concern centered around Trump’s alleged direction to FBI Director Robert Comey to abandon the investigation of James Flynn, his firing of Comey and allegedly publicly hinting at pardons for those being questioned about his own wrongdoings. Of this Barr wrote, “[W]hile this report does not conclude that the President committed a crime, it does not exonerate him.” But since a president has the constitutional authority to direct and terminate his employees, there would only be a crime if he had exercised those powers in a corrupt fashion.

Yet legal precedent makes it clear that this kind of intent could be determined only by extensive personal examination. And of course, the special counsel had very little access to the president’s thinking. (Trump had answered questions from the special counsel only in writing.)

Ultimately, Barr and Rosenstein, pursuant to federal regulations, did make a no prosecution decision on the obstruction issue. And given the overarching constitutional power of a president to direct his staff and the elusive issue of intent, we doubt Democrats ever believed there would be a decision to prosecute for obstruction.

All commentary on the special counsel’s report is necessarily hamstrung by the fact that only Barr’s four-page letter to Congress containing the special counsel’s principal conclusions has been released. So we will all be waiting for the rest of the report that is expected to be release, even if heavily redacted. 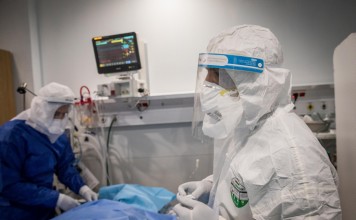 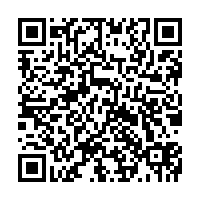