An incident that took place late Tuesday night at the Jaffa Gate that was initially called a hit-and-run increasingly is coming under suspicion as a possible terror attack.

But Israel Police are not yet convinced.

The driver of the vehicle in question ran over two yeshiva students who were standing on the pavement near the entrance to the Old City in Jerusalem, waiting for a traffic light to change. The driver then went into reverse, and tried again to run them over, according to the Honenu civil rights advocacy organization.

Failing to do so, two passengers got out of the vehicle and attacked the injured yeshiva students, beating them violently, kicking them and then fleeing.

Attorney Chaim Bleicher of Honenu, who represents one of the wounded, called the incident “a terrorist attack in every way.” He said, “We are demanding a full investigation and we’ll do everything to ensure that the terrorists are held accountable.”

One of the injured, Avraham Arend, 28, is a resident of the Old City. “We went down to the Jaffa Gate last night,” he said, “me and my friend. We went down the incline, arrived at the traffic light at the Jaffa Gate and then the car hit us. We fell to the ground.”

Arend added that the car came back. “Then he went back to try again; they got out of the vehicle when we were on the ground. They started beating us and kicking us,” he said. “Then they got into their car and fled. And Magen David Adom arrived and brought us to the hospital. There they saw that there was a broken knee, and surgery was needed.” 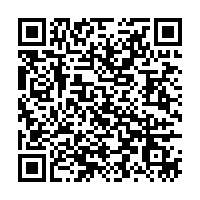