Given the rancor and no-holds-barred ferocity of the Democratic fight against the confirmation of Supreme Court nominee Judge Brett Kavanaugh, we were not all that surprised with what promptly followed the final vote:

House Minority Leader Nancy Pelosi vowed that if Democrats take the House in November, there will be multiple investigations into the adequacy of the Republican investigation of Judge Kavanaugh. Echoing her comments was Cong. Jerry Nadler, who will become chairman of the House Judiciary Committee if the Democrats become the majority party in the House, echoed her sentiments. He added that he would pursue the impeachment of Justice Kavanaugh.

Looking towards a post-Trump presidency, left-leaning pundits speak earnestly of possibly “stacking” of the Supreme Court with more than the current roster of nine judges – Congress determines the number of judges on the Court – in order to neutralize the power of Kavanaugh and his fellow conservative colleagues: Roberts, Thomas, Alito, and Gorsuch. Others speak of limiting the jurisdiction of the Court, which is also subject to congressional fiat.

Meanwhile, demonstrators physically and rudely confronted senators in congressional hallways and disrupted the proceedings with verbal histrionics. Demonstrators outside the Supreme Court building pounded on the outer doors in an effort to storm the place and disrupt the swearing-in. Photos accompanying reports of this story eerily called to mind depictions of European revolutionary scenes of the 1800s and early 1900s.

Now one hears calls for boycotts of the products of several states represented by senators that were key to Kavanaugh’s confirmation, Maine’s Sen. Susan Collins seems to be drawing the most ire over her eloquent rebuke of those who sought to sink the Kavanaugh nomination. Social media, for its part, is replete with exhortations to disrupt the personal lives of public officials.

We get the feeling that our country has crossed a line here. No sort of deference to the legitimacy to our democratic processes, which marked earlier contentious political battles, seems to be present here

To be sure, this could all be cynical political game-playing with an eye to the upcoming November general elections, keeping the Democratic Party’s voter base sufficiently energized to ensure a large turnout. Yet, something more seems to be in play, if only because of the shrillness of the calls for harassment of Republicans. Many – particularly the youth among us – are now seized by a brand of nihilism that fosters the total rejection of authority.

Many are simply aghast at the elevation to the Supreme Court of Brett Kavanaugh and Neil Gorsuch, two exemplars of what has become known as “constitutionalist jurisprudence,” which posits that the Supreme Court is limited to interpreting the text of the Constitution and must eschew any public policy-making role.

Interestingly, President Barack Obama spoke of this distinction – although coming at it from an opposite angle – in an interview with National Public Radio in 2001. He said,

If you look at the victories and failures of the civil rights movement and its litigation strategy in the court, I think where it succeeded was to vest formal rights in previously dispossessed peoples so that I would now have the right to vote, I would now be able to sit at a lunch counter and order as long as I could pay for it, I’d be okay.

But the Supreme Court never ventured into the issues of redistribution of wealth and sort of more basic issues of political and economic justice in this society. And to that extent, as radical as I think people tried to characterize the Warren Court, it wasn’t that radical. It didn’t break free from the essential constraints that were placed by the founding fathers in the Constitution, at least as it’s been interpreted, and Warren Court interpreted in the same way that generally the Constitution is a charter of negative liberties, says what the states can’t do to you, says what the federal government can’t do to you, but it doesn’t say what the federal  government or the state government must do on your behalf. And that hasn’t shifted.

[O]ne of the, I think, the tragedies of the civil right movement was because the civil rights movement became so court focused, I think that there was a tendency to lose track of the political and community organizing activities on the ground that are able to put together the actual coalitions of power through which you bring about redistributive change, and in some ways we still suffer from that.

Frankly, we fear that things will get much worse before getting better, if ever. That is, of course, unless the Schumers, Pelosis, Nadlers and Feinsteins of our American government wake up and smell the coffee and realize the very bad place they are taking us to. 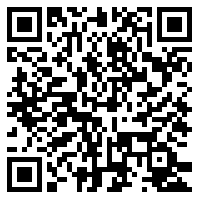