A unique library comprising of writings and books on Zionism and the founders of Zionism was dedicated Tuesday at the Oz veGaon nature preserve in Gush Etzion, in the presence of former head of the Jewish Agency and former minister Natan Sharansky and his wife and fellow refusnik Avital Sharansky. The evening also marked the opening of Avital’s first art show.

Other gusts in included the acting head of the World Zionist Organization, Yaakov Hagoel, and head of the Gush Etzion Council, Shlomo Ne’eman.

The Zionist Library was established through the generosity of the Cherna Moskowitz Foundation and its books were donated by the World Zionist Organization.

Established by an initiative of Women in Green, this unique library includes books and writings dealing with Zionism, its philosophers and those who implemented it, spanning more than a hundred years. The books and writings will serve students and researchers seeking to become familiar with the writings of the fathers and leaders of Zionism.

In her opening remarks, Yehudit Katsover, co-chairwoman of Women in Green, told of how the idea to establish a library of Zionism was born, as a result of meetings that she and her partner in leadership of Women in Green, Nadia Matar, had conducted with thousands of youths from military preparatory schools and high schools throughout Israel.

“We saw that many the youth lack basic knowledge about Zionism,” Katsover said, noting that the opening of the Zionist Library was a direct outgrowth from the establishment of the Zionist Boulevard where signs are displayed quoting Zionist leaders and the Zionist benches playing Zionist songs throughout the Oz veGaon preserve, a project that was carried out in partnership with the World Zionist Organization and the JNF.

Yaakov Hagoel, who has supported Oz veGaon projects over the years, said, “There is no doubt that this place exists thanks to these righteous women, and when Yehudit and Nadia call, I know that the task will come to me and I am happy to accept it, because everything that they do is for the People of Israel and the Land of Israel. I do not know of many Zionist projects like what has been happening here in Oz veGaon in the past four years.”

Avital Sharansky spoke emotionally about how she had started out as an artist and met a boy in Israel a short time after she had immigrated, to whom she gave her set of water colors, because she was too involved in the struggle to free her husband to paint.

This boy was Avi Walensky, who was later murdered with his wife Avital as they were on their way from Tapuah to the community of Eli in Samaria.

Choked with emotion, Avital Sharansky said that since that tragic day, she thinks of that boy’s perspective in every piece of art that she creates. She found it difficult to finish the story herself and when her voice would no longer allow her to continue, her husband Natan completed the story.

Natan Sharansky then continued, telling of the time when he met Avital in Communist Russia, when Avital came to look for her brother, an aliya activist who had been arrested by the authorities after a demonstration to which Natan-Anatoly himself had sent him.

Some time later, when she immigrated to Israel, Avital faithfully sent postcards to her imprisoned husband: “In her first postcard from Israel, she wrote that there is very strong light here and it was possible to understand immediately what a terrible place we came from and what a paradise we came to,” Sharansky said, adding, “In every letter, she wrote about the light of Jerusalem and the light of Israel, about the scent of Israel. There were many drawings of the Land of Israel in these letters.”

Sharansky spoke about the Oz veGaon preserve, commemorating the three Jewish boys who were abducted and murdered in 2014: “There is no other people that has experienced so many tragedies and remains so optimistic,” he said. “We are a people that has survived the most tragedies and is the most optimistic in the world. This is because we turn every tragedy into something that strengthens and connects us. I meet often with the three families, we are all members of the Committee for the Prize for National Unity, and I see power and nobility. You can see how a tragedy is turned into victory.”

Shlomo Ne’eman expressed his admiration for the Sharansky couple’s activities, adding that “one can learn about unshakable faith, hard work and dedication to a task from everyone that is here.”

“Because of the goals that we set for ourselves, we conquered Judea and Samaria, we must build the settlement enterprise; after the building we must define the next task, the People of Israel’s full control over the area – sovereignty,” Ne’eman added. “It cannot be that after 51 years we are still under military rule and those wearing the uniforms are the ones who manage the opening of the kindergartens and laying of power lines. This is our next goal and the next Zionist step. The books on Zionism of a hundred years ago speak of the step of our full control in Judea and Samaria.”

The final speaker at the ceremony was David Nativ, an expert in Bible study and one of the staff of lecturers at the Beit Midrash that was established at the Oz veGaon preserve two years ago. He focused on the importance of the perspective that time and location places on events in the Bible, as it is with current events:

“The stories of each and every one of us and the path that he has taken are wonderful stories,” Nativ said. “The story of the exodus from Egypt is a great story but not as powerful as what we face now. There is no equal to the challenges of this generation, the People of Israel had never been exterminated as in the Holocaust; there never has been another time when Jews from all over the world gathered in the Land of Israel.”

The ceremony concluded with special thanks and blessings to Mrs Cherna Moskowitz for her continued support of Zionist projects all over Israel and with words quoted by Nadia Matar from Rav Kook’s speech at the dedication of the university at Har Hatzofim in 1925: “With our own eyes we see the wonders performed by the Redeemer of Israel, who performed this great thing for us. To raise his People above all other nations, to provide us with a plowed field in Judea, to give us the power and the spirit to begin to form the life of our People, for eternity on the Holy.” 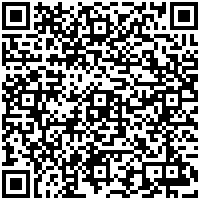