By any measure, the Obama administration’s choice of Susan Talve to light the menorah and give the invocation at last week’s White House Chanukah event was extraordinary.

Ms. Talve carries the title of rabbi in the Reform movement but she is also a member of the anti-Israel group T’ruah, which has taken to promoting certain BDS efforts. She is also a prominent advocate for a whole range of leftist causes, few of which are top priorities in the Jewish community. And she didn’t disappoint in those regards.


Thus, though she spent one perfunctory line on the importance of Israeli security, she spent the bulk of her presentation talking about the need for “justice for Palestinians” (and chanting “Insallah” four times in quick succession), getting “guns off our streets, ”clean[ing] up the fires of toxic waste” and making sure “the gates of this nation would stay open for all immigrants and refugees.”

She literally misappropriated the Chanukah lights: “I stand here to light these lights to say no to the darkness of Islamophobia and homophobia and transphobia.” She also intoned: “I stand here with my fierce family of clergy and Black Lives Matter activists who took to the streets of Ferguson.”

There was nary a mention of Chanukah being “Jewish” in terms of our belief in Hashem or that Chanukah was celebration of the Maccabees as Jewish patriots overcoming occupation.

One wonders what went into the decision to give Ms. Talve center stage at the event. Surely the Obama team could not have been oblivious to her reputation both in terms of her take on the Middle East and stance on social issues and also for outspokenness in her advocacy. It must have occurred to them that she would acquit herself pretty much as she did.

Perhaps the answer lies in President Obama’s own agenda. Having her speak at such a symbolic event presented an opportunity for him to indirectly underscore something he said during the course of his first campaign for the presidency in 2008:

I think there is a strain within the pro-Israel community that says unless you adopt an unwavering pro-Likud approach to Israel that you’re anti-Israel and that can’t be the measure of our friendship with Israel. If we cannot have an honest dialogue about how do we achieve these goals, then we’re not going to make progress.

To be sure, there have been far less controversial personalities at previous Chanukah candle lightings on President Obama’s watch, and indeed there are many in the Jewish community who share his views on what being pro-Israel means. But it does appear that in the twilight of his presidency he still seeks to highlight his fundamental approach to the Middle East, even at a supposedly benign holiday celebration. 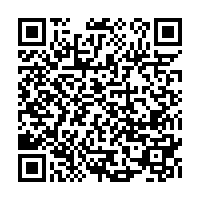