(JNi.media) Swedish Foreign Minister Margot Wallström will probably go down in history for her comment 12 hours after the Nov. 13 Paris attack: “To counteract the radicalization we must go back to the situation such as the one in the Middle East in which not at least the Palestinians see that there is no future; we must either accept a desperate situation or resort to violence.”


Much has been said since by Israelis and Jews about Wallström, and she continues to be under attack for the vast gap between her views on Middle East and terrorism issues and reality as it is perceived in the entire civilized world.

Recently, Israeli organization Palestinian Media Watch recently provided Swedish MP Kent Ekeroth (SD) information which he used in a recent debate in Swedish Parliament to document that Abbas and the two institutions he runs, the Palestinian Authority and Fatah, are promoting violence and undermining peace.

Kent Alexander Ekeroth, member of the Sweden Democrats, has been in the Riksdag since October 2010, representing Stockholm County. Ekeroth’s mother is Jewish, originally from Kazakhstan. Ekeroth is mindful of his Jewish heritage, but considers himself an atheist.

Swedish Minister of Foreign Affairs Margot Wallström defended Abbas as having made it “his mission in life to replace violence with diplomatic struggle.” To refute this claim, MP Ekeroth held up and quoted PMW reports on PA and Fatah promotion of violence and terror.

Despite the fact that FM Wallström was shown PMW’s actual, detailed findings, she denied them, exclaiming that “only the gods know” where MP Ekeroth gets his information from.

(The links below are to PMW’s original reports):

Wallström: I note that President Abbas has made it his mission in life to replace violence with diplomatic struggle to reach an end to the Israeli occupation of Palestine…

Ekeroth: [Foreign Minister] Wallström says: “I’ve heard him [Abbas] denouncing [terror].” Not once in the last two months with over 20 Israelis dead, has he dissociated himself. Fatah’s official Facebook page has a picture of a knife in the back of a Jew, and the text says: “Here is Jerusalem – beware.” On Fatah’s official Twitter account, just a month ago, we see a Palestinian terrorist who plays the violin on a knife. Knives are now used daily to attack the Jews. Here’s another picture from Fatah’s Facebook account, which is controlled by Mahmoud Abbas. It is a picture of a German book from 1936, that says: “Do not trust a Jew.” This is from Oct. 29, 2015. I’m sorry, but you cannot say that Abbas is a friend of peace… Wallström and others need to understand that Abbas speaks two languages – one to gullible politicians, where he claims to speak about peace, and another to the Palestinians in which he promotes, glorifies and rewards terror…”

Wallström: Where you get your information from – only the gods know. 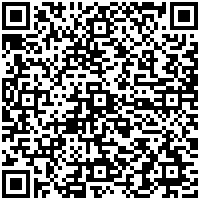