Nearly every Democratic senator and representative who supported the Iran nuclear deal expressed serious misgivings about it. Many went out of their way to state, chapter and verse, what their concerns were, but haplessly and reluctantly concluded that the deeply flawed deal was better than no deal at all.

The enormous magnitude of the issue, coupled with the troubled logic of its supporters, got us thinking about whether these same Democrats would have supported the deal had it been negotiated by a secretary of state appointed by a Republican president. In other words, were they driven by principle or partisan political gift giving? The doubts they themselves raised lead us to believe that a Republican president presenting the same deal to congressional Democrats would not have gotten his way.

It’s a sad state of affairs given the nature of the issue. And let’s not forget how the Democrats used every trick in the legislative book to deny lawmakers the opportunity to take a position on the deal as provided for in the Corker legislation.

As for those who wonder whether Republicans were being equally political, opposing the deal simply because it was negotiated by a Democratic administration, one need only consider the clear and compelling case Republicans made for their stance and contrast that with the apologetic, excuse-laden bromides offered up by their pro-agreement Democratic counterparts. It’s hard to imagine congressional Republicans supporting this deal even if it had been championed by a Republican president (and equally hard to imagine a Republican president championing it in the first place).

The episode is but the latest evidence that even congressional majorities can be trumped by a president who seemingly has no regard for constitutional requirements. 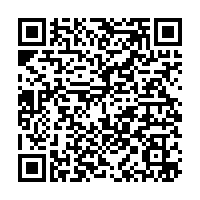