Almost a year ago President Trump asked two of his senior advisers, Jared Kushner and Jason Greenblatt, to come up with a proposed peace plan – “the deal of the century,” as Mr. Trump put it – to serve as the basis for negotiations between Israel and the Palestinians. And Messrs. Kushner and Greenblatt have, by all accounts, been busy at work in Washington and in other world capitals toward that end. The release of a plan is expected relatively soon.

Yet despite the intense media attention, almost nothing is known about what exactly the Kushner-Greenblatt duo has been up to and any substantive conclusions that may have been reached. To be sure, it is likely the plan will not be inconsistent with the president’s recognition of Jerusalem as Israel’s capital and his timetable for the relocation of the U.S. Embassy in Israel from Tel Aviv to Jerusalem.


Of course, Mr. Trump’s comments that the final decisions about the extent of Israeli sovereignty in Jerusalem would have to be agreed upon by Israel and the Palestinians only added to the uncertainty about what precisely will be proposed. Nevertheless, the comments generally seemed to provide a safe harbor for Israel.

A little over a week ago, however, Arab media reports outlined what were described as key elements of the plan. The Saudi newspaper Asharq al-Asway, quoting “knowledgeable Arab diplomatic sources” said the administration’s proposal would call for recognition of a demilitarized Palestinian-Arab state with a capital in eastern Jerusalem and expanded areas in the West Bank beyond what is currently controlled by the Palestinian Authority, and the “internationalization” of the Old City.

The reported plan was instantly denounced by the Palestinians who said, rather amazingly, that it was plainly too pro-Israel. However, the Saudi report barely got traction and we suspect it was a Palestinian trial balloon designed to signal to the Trump administration – with which the Palestinians, because of the recognition of Jerusalem and embassy issues, have said they will no longer work – that anything like it would be dead on arrival and a political non-starter. Thus the message is, if you want us at the negotiating table, move away from anything that might even slightly resemble the purported plan.

In any case, the announcement of the final Trump plan is likely to be somewhat anti-climactic. Prime Minister Netanyahu is preoccupied with the bribery charges the police have recommended be filed against him. Although they are iffy from a legal standpoint and the attorney general has yet to approve them, they are out there and the Israeli media are having a field day. It will take months before it is all sorted out and Mr. Netanyahu’s ability to focus on the Trump plan and Iran, as well as his ability to keep the fractious Israeli government under control, will surely be compromised.

But there are more fundamental issues that render the notion of negotiations as unrealistic – particularly in terms of a Palestinian state – and that will hopefully inform President Trump’s signing off on any final version of an American proposal.

Indeed, the result of any significant withdrawal by Israel from its current military deployments pursuant to a “peace” agreement that establishes any form of Palestinian entity is all too predictable: A reprise by Hamas of its 2005 seizure of Gaza following the Israeli “disengagement” there.

And Hamas doesn’t even camouflage its goal of destroying Israel. Indeed, rocket launchings and terrorism directed at Israel from Gaza continue. This is not lost on President Trump and certainly not on Prime Minister Netanyahu.

So it was all the more dismaying to hear Howard Kohr, the CEO of AIPAC, blithely telling his conventioneers this week that a Palestinian state is something that should devoutly be desired. Was he trying to sway Mr. Trump on the eve of the president’s meeting in Washington with Mr. Netanyahu?

Parenthetically, we believe that given biblical fiat and historical record, Israeli claims to Jerusalem as its undivided capital and virtually all of the territory it now controls is properly part of a Jewish state. Thus, if there is to be a Palestinian state, it should properly be part of Jordan, which is predominantly comprised of those who identify as Palestinians.

President Trump may be in search of the “ultimate deal” between Israel and the Palestinians. But we believe he also understands what will follow if the Palestinian quest for a state is realized any time soon. So for Israel to oppose a Palestinian state is not a matter of recalcitrance but rather a national security imperative. 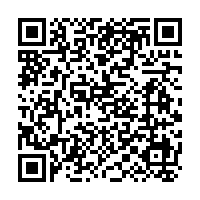