Back in September 2011, in an editorial titled “Magen David Adom: No Time to Blink,” we expressed our dismay over reports in several Israeli newspapers that Israel’s national ambulance service – its version of the American Red Cross – was in the process of removing the display of the Magen David symbol on its ambulances operating over the Green Line as a sop to the International Red Cross and the Palestinian Red Crescent, which are averse to the display of the Jewish symbol there.

As we noted, in 2005 MDA applied for membership in the IRC. At the time, the IRC had approved the display on members’ ambulances of the Christian cross, the Muslim (and Palestinian) crescent, and the Red Lion symbol of several Asian nations. As a condition of membership, the MDA had to agree that when it operated over the Green Line – generally comprising territory seized by Israel in 1967 which both Israel and the Palestinians now claim – it eventually would not display the Jewish star. At the time that editorial appeared, it seemed the grace period had passed and the IRC was insisting MDA stop using the Jewish star over the Green Line.


The editorial evoked a vituperative e-mail response from one Robert L. Kern, director of marketing and communications of American Friends of Magen David Adom. Mr. Kern claimed our “suggestion that ‘under pressure from within the IRC, the MDA is now phasing out any display of the Jewish star…’ is a complete and total lie.”

Mr. Kern acknowledged that “In some cases, the star has appeared inside the ‘red diamond’ because that is a universally recognized International Red Cross emblem,” but added that “any suggestion that the ‘Jewish star’ is no longer being used by MDA outside of Israel is wrong.”

And Mr. Kern went on to say, “For the record, [the Jerusalem Post] and Haaretz have acknowledged their mistakes, as corrected by MDA in Israel.”

We were unable to locate any retractions, or even clarifications, from the Jerusalem Post or Haaretz. In any event, last month Haaretz reported that MDA would indeed no longer be operating over the Green Line. Haaretz’s Chaim Levinson wrote that this was pursuant to its agreement with the IRC in 2005 that MDA would remove the Star of David from its ambulances in the West Bank, replacing it with a red diamond shape.

According to Haaretz, MDA will rely on local units to provide emergency ambulance service over the Green Line with ambulances that will not display the traditional Star of David.

A senior official in the International Committee of the Red Cross (ICRC) confirmed…that Magen David Adom removed the “Magen David” symbol from the ambulances it operates in the West Bank to comply with an agreement with the Palestinian Red Crescent, Army Radio reported.

The official, Per Stanbeck, told Army Radio that when Magen David Adom joined the ICRC, it was required to cease operating in the West Bank. Because it cannot operate in the territories, “[they] are outsourcing the ambulances” to local authorities, he said.

Chairman of the Judea and Samaria Council of Settlements Dani Dayan responded with harsh criticism over the news, saying that while Prime Minister Binyamin Netanyahu is fighting over the details with the Palestinians in Amman, “[Magen David Adom] already recognized a Palestinian state on 1967 borders,” speaking with Army Radio.

This is not about The Jewish Press claiming vindication. We did not then, nor will we ever, be intimidated by those who are upset about our telling it as it is. The significance of this episode is that no organization should feel it can do or say whatever is expedient without fear of exposure. 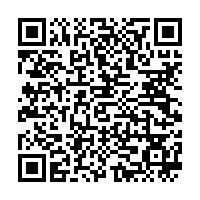