The recent developments in U.S. Mideast policy are nothing short of stunning. Over the past few days, in unusually blunt and unequivocal language, President Bush and Secretary of State Powell have left no doubt that they have had it with Yassir Arafat's duplicity regarding the violence directed at Israel. And in Tuesday's order freezing the financial assets of organizations allegedly linked to Hamas, there is also no doubt left that the day is past when we will prevaricate regarding funding for Palestinian terrorists. Yet, while most are viewing these welcome actions in terms of support for Israel ? and it certainly is that ? we also believe that they are key to our continuing war against terror.

On Sunday, President Bush condemned the suicide bombings in Israel as “horrific acts of murder” and demanded that Arafat apprehend those responsible and bring them to justice. He said, “This is a moment where the advocates for peace in the Middle East must rise up and fight terror. Chairman Arafat must do everything in his power to find those who murdered innocent Israelis and bring them to justice.” He pointedly did not urge that Israel show restraint in responding to the deadly bombings.

[H]as believed for quite a period of time that Yassir Arafat is capable of doing much more than he has ever done, and now the burden is on him even heavier to show it…. What's new and different is the severity of the violence that rocked Israel over the weekend, and the outrage that the world feels about the murder of all the innocents in Israel. It's important that Chairman Arafat move beyond where he has been before ? to take concrete actions, to show that this is not the way of the future and it should not be the way of the present.

And at his Tuesday news conference, alluding to Arafat's past practice of publicly arresting accused terrorists and later quietly releasing them, Fleischer said, “The President thinks it's very important that the Palestinian jails not only have bars in the front, but no longer have revolving doors at the back.”

Secretary Powell was even more explicit. In a revealing interview on Sunday with CNN, he used uncommonly direct terms in his comments about Yassir Arafat.

When asked about a statement by Arafat condemning those engaging in terror, Powell said:

And he has to go after these organizations that are taking credit for these kinds of actions.

I think he should shut down and go after all those organizations [i.e. Hamas and the Palestinian Islamic Jihad].

As to whether the U.S. is requesting any restraint on Israel's part in responding to the terror, Powell said that, “Mr. Sharon is a freely elected leader of a democratic nation, and he will respond in a way that he thinks is appropriate.”

In announcing the actions against the Hamas related groups, the American Islamic Foundation, the Holy Land Foundation for Relief and Development Al Aqsa International Bank, and the Beit-El Mal Holdings Co., the President declared,

Plainly, these dramatic actions were either prompted or hastened by the terrible events in Israel these past few days. But it is also clear that they not only fulfill a moral obligation to the Jews of Israel being targeted by terrorists. To be sure, they tell the Arab world that while a concern for Arab participation in the anti-terror coalition is important, it will not be allowed to drive our Mideast policy. But it also leaves no doubt that we are really serious about rooting out terror, and the usual rules of political winks and nods are no longer in play. 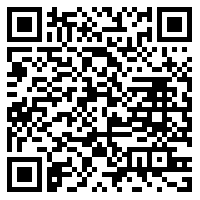