The flap that ensued over Hamas’s apparent – if only temporary – success in dodging demands that it accept an unconditional cease-fire has seemingly sent a chastened Secretary of State Kerry back to the drawing board.

In the early stages of Operation Protective Edge, Israel’s right to defend itself against Hamas rockets was widely acknowledged, except of course in parts of the Arab world, but with the caveat that Israel needed to take care to minimize civilian casualties. Hamas was almost universally condemned as the aggressor and Israel was seen as acting in defense of its legitimate security interests.


While virtually all talk of a cease-fire was of the unconditional variety, Hamas insisted its missiles would fly until its “demands” were met as part of any agreement. But with the success of Iron Dome and the IDF’s relentless air and ground strikes on Gaza, it seemed it would be only a matter of time before Hamas accepted defeat and an unconditional cease-fire.

However, the growing number of civilian deaths on the Palestinian side created a (predictably one-sided and context-free) frenzy of international criticism of Israel, and a newly emboldened Hamas rejected an Egyptian proposal that was effectively unconditional.

The IDF pounding continued and it again seemed only a matter of time before Hamas would be forced to accept the Egyptian proposal. And then came the extraordinary cease-fire proposal released last Friday by Secretary of State John Kerry, drafted together with Hamas advocates Turkey and Qatar – but not with Egypt, Israel, or the Palestinian Authority.

The draft of that proposal effectively addressed Hamas’s concerns by calling for negotiating “arrangements” to implement the terror group’s demands, implying that the demands themselves were a fait accompli in principle, but didn’t mention Israeli concerns such as the demilitarization of Gaza or the need to eliminate the underground tunnels.

The U.S. draft was opposed by Israel, Egypt, the PA, and other Arab states that believe Hamas has to be neutralized if any progress toward peace is to be made and that this particular cease-fire would just provide Hamas a lifeline and encourage its intransigence.

Significantly, the backlash against the American document was followed by speeches on Monday by Secretary Kerry and National Security Adviser Susan Rice in which both spoke of working toward an unconditional cease-fire, the demilitarization of Gaza, and the elimination of Hamas’s underground tunnels. Ms. Rice also spoke of the U.S. commitment to maintaining Israel’s qualitative military edge over its neighbors.

We trust this will mean the continuation of critical financial support for the Iron Dome system, especially in the area of research and development to meet the threat of newer, advanced rockets. In addition, the need for new technology to detect and destroy underground tunnels is plainly manifest. 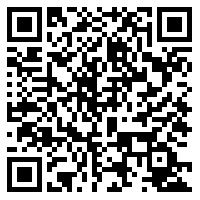