I wholeheartedly support the government’s decision to go after the Hamas terror tunnels, but I’m afraid that once Operation Protective Edge is over, people like Prime Minister Netanyahu will have a lot of explaining to do.

For one thing, how could our leaders have allowed Hamas to painstakingly construct an incomprehensible number of tunnels day after day, week after week, month after month, year after year – and do nothing in response?

And what about our vaunted intelligence services? They knew tunnels were being built but apparently severely underestimated their sophistication and sheer numbers.

In other words, we are looking at an epic fail on the part of the very people who were supposed to protect us – an unpardonable dereliction of duty that will reverberate for years to come.

Maybe Netanyahu, instead of obsessing over Iran (he assured everyone Iran was weeks or months away from achieving nuclear capacity…in 2009, and again in 2010, and still again in 2011, never altering his mantra, so that by the time Iran really was closer to attaining its goal, the world viewed him as the boy who cried wolf), should have been obsessing over the tunnels and the arsenal Hamas was building right here in our very backyard.

The answer to Jonathan Tobin’s poignant question “Will Kerry Hand Hamas a Victory?” (op-ed, July 25)is a resounding yes.

The question still on the table is whether Prime Minister Netanyahu has the courage and will to carry on. Kerry may have lost his moral bearings but Israel has the support and approval of a healthy majority of Congress and the American public.

Simply recognizing a Palestinian state for the sake of stopping the bloodshed will not quell the violence. When you allow violence to alter policy you validate its legitimacy and encourage its use.

Hamas is not fighting for a two-state solution, it’s fighting for a one-state “final solution.” So it can play no part in the peace process, except as an obstacle.

The Palestinians must be the ones to take the first step. To renounce all violence against Israel, reject any group that calls for it, and punish those who commit such acts, as Israel does when its citizens turn to vigilantism.

Those questioning why the Palestinians should take the first step need only look at the death toll in Gaza. They will never be able to defeat Israel militarily, and any military success they do achieve only makes peace less likely. Also, as Captain Kirk might say, it has the virtue of having never been tried.

The Palestinians are always electing a Malcolm X but what they really need is a Martin Luther King.

It seems Palestinians hate Israel more than they love their own people. Where is their outrage over Hamas, the government they elected, for starting and perpetuating a war in which Palestinians are getting the raw end of the deal?

If for every Iraqi killed in the U.S.-Iraq war, 15 American soldiers, let alone civilians, were killed, there’d be riots on U.S. streets against our own government.

One Palestinian’s response, as reported by Reuters, seems to represent general Palestinian sentiment: “May God punish…Netanyahu.”

Netanyahu, who’s defending his own people? How about the Hamas savages who obviously value Palestinian lives as little as they value Israeli lives? 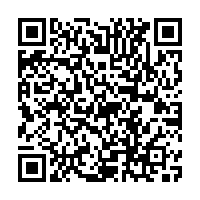