Although by all accounts the NYPD’s stop and frisk program resulted in a significant drop in major violent crime, activists from minority communities made an issue of the fact that most of those stopped and frisked were blacks and Hispanics, many of whom were innocent of any crime.

Indeed, blacks and Hispanics make up about half of New York City’s population but were involved in more than 85 percent of the approximately 700,000 stops conducted by police last year. And the procedure is an enormously intrusive one, usually involving a person police deem suspicious being told to “assume the position” with legs spread and arms pressed against a wall or automobile.

That being said, political correctness has now gotten in the way of dealing with a serious problem that, ironically, disproportionately affects blacks and Hispanics, who are victimized by violent crime at a rate significantly higher than whites.

As the protests over stop and frisk gathered steam, Mayor Bloomberg took to the pulpit of a predominantly black church in Brooklyn and declared that the policy must be “mended, not ended.” Police Commissioner Kelly pledged in May to institute additional oversight, training and outreach to prevent racial profiling. While both men are to be commended for implementing and defending the stop and frisk policy, they seemed to have blinked in the face of the controversy.

Over the past few months the number of times police officers have stopped, questioned and frisked people in New York City has dropped by 34 percent – and major crimes have risen by more than 12 percent during that period.

We would also point out the depressing upsurge of shooting incidents in black neighborhoods, often involving a child or young adult.

In addition to conducting rallies and protests, the New York Civil Liberties Union has commenced a class-action lawsuit challenging the stop and frisk policy, claiming that targeting individuals without more proof of possible wrongdoing than the NYPD requires violates the constitution.

So the dilemma is palpable. At least on the face of it, stop and frisk appears to have had a salutary effect in keeping crime reasonably under control. But this is America and we have a deep-rooted and cherished tradition of individual freedoms for all Americans, including the right to be left alone. This is of special concern to members of the Jewish community, a minority that knows all too well the consequences of being singled out for special treatment. 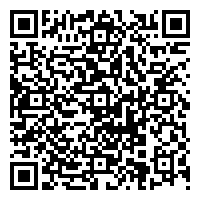