The U.S. presidential campaign is upon us, and one of the central issues – at least based on a perusal of recent press reports – is none other than the Jewish people’s right to their own capital.

One might have thought this issue had been put to bed decades ago. The Jewish nation, one of the world’s oldest peoples, long ago had a thriving state, with its capital in Jerusalem, known also as the City of David. There it built its holy Temples, from there the Prophet Isaiah promised that Torah would come forth, and to there Jews from all over the world made pilgrimage three times each year.


After this holy city was razed and emptied of most of its citizens, it spent centuries in destruction and desolation. The exiled Jewish nation, too, spent this period in bleakness, placing on hold its dream of regaining its capital while it concentrated on surviving pogroms and expulsion.

When the Jewish nation finally began returning to its homeland over a century ago, and finally merited to re-establish its state over 60 years ago, its birthright claim to its capital city should have been a no-brainer. Yet the U.S., the country that was first to recognize its renewed existence in 1948, only minutes after it was declared, simply refuses to acknowledge that Jerusalem is Israel’s capital.

Make no mistake: We’re not talking about the areas liberated in 1967, sometimes known as “eastern Jerusalem.” The reference is to the western portion of the city, which Arabs do not even pretend to claim (other than as part of their general claim on the entire Land of Israel). Yes, it is western Jerusalem that the U.S. cannot bring itself to call the capital of its loyal ally.

Pressed to comment on why the Obama Administration cannot connect Jerusalem with Israel and the Jewish people, White House spokesman Josh Earnest said clearly: “It’s the view of this administration that the capital should be determined in final status negotiations between parties.”

This statement must be carefully analyzed, for it has significant ramifications. Just as a man attracts a dog by holding a bone just out of its reach, and continually moving it away as the dog nears him, so too, President Obama renders Israel’s choice of its capital city dependent on the elusive and ever-distancing goal of successful “final status negotiations.”

In other words, the Arab parties have the final say on whether the U.S. recognizes our capital. Only if they agree not only to enter the final-status stage – unlikely enough – but also to acknowledge, at any point, that they can be termed “successful,” will the Obama administration agree to say, “Jerusalem, the capital of Israel.”

What parts of its homeland will Israel have to forsake, and how many Jews will it have to expel, in order to reach this goal?

Obama’s stance on Yerushalayim may not be the official American position for long. Republican candidate Mitt Romney seems to feel that Israel need pay no additional price for the privilege of determining its capital. During his recent visit to Israel, he stated several times that Jerusalem is clearly the capital of the Jewish state. “It is a deeply moving experience to be in Jerusalem, the capital of Israel,” he said in one speech.

Emergency Committee for Israel executive-director Noah Pollak writes that “Romney’s position has implications far beyond the status of Jerusalem: It is a pledge to stop subordinating American policy and conforming America’s treatment of her allies to the desires of the ‘international community.’ ”

We should be thankful that at least the U.S. has not determined that Tel Aviv is Israel’s capital, as the Guardian newspaper in Great Britain recently attracted notoriety for doing. When White House Press Secretary Jay Carney was recently asked by a reporter whether Israel’s capital was Jerusalem or Tel Aviv, he did not answer at all – even though he was asked a number of times. Instead, he merely repeated with discomfort, “You know our position, it has not changed.”

The future of Yerushalayim as Israel’s united and complete capital is far from assured – at least in terms of the position of the United States. Efforts to promote this cause are thus more important than ever. 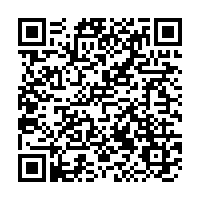