Our flight home to Israel included an unexpected benefit: a flying Megillah reading and Purim party, probably the first such event in history.


The second Megillah reading was performed in seat rows nine and ten by no less a personage than Rabbi Pinchas Saltzman, Chief Rabbi of Moldova, who accompanied the flight.

Quietly chanting along with the reading was United Hatzalah spokesperson Raphael Poch, who had brought his own Megillah as well, and had read the scroll for medics and volunteers on a bus the previous night while returning from the border between Ukraine and Moldova.

Rabbi Saltzman followed his aerial Megillah reading with the recitation of the Mincha afternoon service, and then led the passengers in singing “Ani Ma’amin” – the declaration of faith in the coming of Moshiach – followed by Purim songs and the Israeli national anthem, Ha’Tikvah.

The eyes of more than a few passengers glistened with tears in hearing the Israeli anthem, but those were quickly banished by the rollicking party that followed.

United Hatzalah emergency medical personnel and other volunteers distributed kosher meals, snacks, cookies and candies to all the passengers, wishing everyone a “Purim Sameach!”

A bottle of J&B whiskey made the rounds as well, with small cups of “mashka” handed out to anyone willing to join in the fun. The party rocked until the plane landed.

As the aircraft touched down, the new Israeli residents and the volunteers who brought them together broke out in applause a la EL AL, to the amazement of the smiling Air Moldova flight attendants.

For 101 Ukrainian refugees — some of whom were already Israeli citizens — arrival in the Jewish State meant the start of a new life.

For this writer, arrival at Ben Gurion International Airport brought with it the joy of knowing I was returning to a Jewish State, and a renewed appreciation for the beauty of our Land, our People, and Israel’s commitment to Tikkun Olam.

The final United Hatzalah rescue flight is scheduled to take place on Sunday, March 20. Cargo flights bearing additional tons of Israeli humanitarian aid to Moldova to help with the tens of thousands of refugees pouring into the country from Ukraine, are slated to continue. 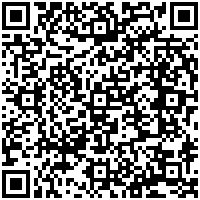