More than a year ago, I stopped writing the blog, “Felafel on Rye” for “The Jewish Press” in order to make a feature film of based on four, fairy tale-like fables of Rebbe Nachman of Breslov. The movie, called “Stories of Rebbe Nachman,” is nearly finished, and with a little help from my friends, we can get it up on the big screen where it belongs.

Why a movie? And why a movie of Hasidic stories? Let’s flash back over thirty years ago to a young, completely secular Jew just graduated from the Film School at New York University. A screenplay I wrote for Columbia Pictures called “Law and Disorder” became of critically acclaimed movie starring Carroll O’Conner (Archie Bunker) and Ernest Borgnine. My first novel, “Paradise,” a trashy family saga, sold a lot of books for Dell Publishers. Moving out to Hollywood to seek fame and fortune, I penned two other scripts that were turned into feature films – the names of which I am too embarrassed to mention.


One day, when I was sitting on the beach in Santa Monica, an actor friend from Israel asked me why I knew nothing about Judaism. His question hit me like a thunderbolt from Heaven. I had studied history and philosophy, literature and psychology, art and science, but I knew absolutely nothing about my own religion and roots. Thus began a quest that led me back to Torah and Jerusalem, where I live today. Interestingly, this same old friend, Daniel Dayan, who started me on my journey with his mind-blowing question, is one of the stars of my movie. He too became a baal tshuva and is now an avid Breslov Hasid who lives in Tzfat.

When I reached Jerusalem, I barricaded myself in the yeshiva world for several years, replacing the tapes in my brain of the Beatles, James Bond, Philip Roth, and Marlon Brando with Mishnaot and cassettes of Torah shiurim. Itching to write once again, I approached the Rosh Yeshiva and told him that I had ants in my pants from sitting in the Beit Midrash all day. He told me to be patient. “Just as the Children of Israel left Egypt with great wealth,” he told me, “You left Hollywood with the wealth of knowing how to write and make movies. Keep learning Torah for as long as you can, and when you go back to writing, whatever you create will be much more powerful.” So I kept learning. Afterwards, a tsunami of creative energy gushed forth and I wrote a series of commentaries on the writings of Rabbi Kook, half a dozen novels on Jewish themes, and an assortment of other books on Jewish topics, not to mention hundreds of blogs. To make a living, I translated scholarly Hebrew texts into English until I had recurring nightmares that a giant Hebrew/English dictionary was chasing after me, threatening to devour me alive. That’s when I decided that my translating days had come to an end, and as Hillel said, “If not now – when?” After all, I wasn’t getting any younger, and if I didn’t begin to use the skills I had acquired in film school and Hollywood, I would have squandered this great wealth.

So I dug into my savings, raised money from family and friends, and set out to make a low-budget movie. I myself am not a Hasid of Breslov, but I love the stories of Rebbe Nachman, which abound with princes and kings, enchanted forests and demons, happy endings, layers and layers of meaning, and an optimistic message of faith, inspiration, and joy.

My old Hollywood buddy, Daniel Dayan, was the first person I spoke to when the screenplay was ready. Then I phoned Yehuda Barkan, Israel’s all-time box-office champ, who had also became a baal tshuva. Immediately, he agreed to star in the film, which is glatt kosher – the only female role in the film is played by my son, who also appears as the prince who goes crazy and begins acting like a turkey in Rebbe Nachman’s famous story, “Turkey Prince.” 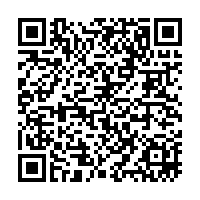