This year’s global theme of “Come Together” inspired a passionate feeling of togetherness that was unexpected at the outset. The imperative of unity of purpose in the support of Israel was in constant display throughout the conference. From small buttons on lanyards, to oversized video displays called TOGETHER CAM’s that dominated the stage at the Verizon Center, the messaging was very clear that politics aside, we were all here regardless of party affiliation to support an unbreakable bond between the United States and Israel.

From the very first moment I passed through the secret service level of security (no drinks allowed), I was bombarded with gamma rays of hope and purpose that energized me to think about ways I too could become part of this cult of AIPAC that supports America and Israel so vociferously. As an AIPAC first-timer, I was free of the baggage of experience and was able to bounce around from one event to another without any preconceived notions or expectations. To that end, I’d like to share some observations that bloomed through my experience.


First, is that the media really has the power to manipulate the future by setting out its often gloomy predictions – and this is both appealing and frightening at the same time. Let me give you an example. Before Donald Trump spoke Monday night, the buzz in the air for days was about all the protests that were supposed to sprout forth. My wife in Los Angeles reminded me by phone (yes we actually talk on the phone) numerous times to protect our 17-year-old daughter from the danger of protesters that might get violent. People talked about staging a walk-out during his speech. And yet, true to AIPAC fashion, all I witnessed were the pleasing smells of respect and reverence that arises when we remember the true calling of Derech Eretz and sacrifice our personal feelings in favor of doing what’s good for the community.

This notion of doing things for the good of the community was a common thread in many of the short videos that were woven in between the layers of speaking events. The challenge of TIKUN OLAM (repairing the world) found its calling multiple times in numerous projects that were introduced to the AIPAC audience. The efforts of IsraAID to be first on the scene in disaster efforts worldwide such as in South Carolina after its massive devastating floods in 2015. The ROIM RACHOK (“looking far beyond the horizons”) that partners with the Israeli army and the Ono Academic College to train autistic high school graduates to become soldiers and to perform duties sought-after in the military. The programs were endless and the stories of heroes who acted on behalf of the Jews brought tears to your eyes.

There was a record-breaking number of synagogue groups and AIPAC attendees from all 50 states that joined an unprecedented gathering of thousands of people just to have lunch together. This group was introduced to Natan Sharansky who immediately won the audience over with a very humbling joke about how he could have spent 10 more minutes with the audience if not for the very unnecessary and lengthy introduction. Our synagogue (Bnai David Judea) joined with other local synagogues across the Orthodox stream to have a private briefing with former Ambassador Michael Oren. As much as we might have enjoyed his compelling and revealing anecdotes (he didn’t want to leave though he kept getting waved away by his assistants) I found that this coterie of members from different shuls felt a bond with each other they don’t get while living in the same square mile where we all mostly live in Los Angeles. And this experience of being together under one roof for one purpose made the 3,000 mile trip worthwhile.

If you came to AIPAC looking for conflict, you were sadly bound to walk away empty-handed. The vibe was all about finding ways to bring people together in support of Israel and actually just supporting people. This was not some love fest with platitudes and empty gestures. There were real displays of solidarity. There was a palpable effort to deliver a unifying and empowering message that what’s good for Israel and America is good for the whole world. I met a group of Christians from Oklahoma who were thrilled to be at AIPAC and had each been to Israel numerous times. We all reminisced how powerful the feeling was to walk the streets in Jerusalem and other cities and tread where our ancestors tread before us. Sometimes a shared history is all it takes to bring people together.

One of the takeaways from the conference I felt was simply the positive energy of looking for ways to connect rather than expending energy on finding ways to stand apart and be divisive. I belong to a group of business people in Los Angeles who follow this mantra of Know, Like, Trust and Refer. At AIPAC we learn how to apply a similar message to our relationships with Congressmen and local politicians with a slight nuance. Now the mantra is Know, Like, Trust, and Support Israel.

More than the contentious and passionate discussions about the Candidates, more than the concerns about Israel security and the MOU (Memorandum of Understanding), more than the threat of the BDS movement on college campuses, or the terrorism coming out of Tehran and its proxies in Syria, Lebanon and Yemen, what was felt more than heard was the vibe of accomplishments towards one goal that even Michael Oren acknowledged was not contested in his latest book Ally – that the success of Israel is good for America and the whole world.

On Monday morning before Hillary Clinton delivered what some felt was the best speech of her life to a Jewish audience, the House Majority leader Kevin McCarthy (R-Calif) and Democratic Whip Steny Hoyer (Md.) sat on stage and while high-fiving each other agreed that when they leave the United States and travel abroad they are no longer Democrats or Republicans, but just Americans. And when it comes to Israel, they both agreed that “we need to make sure that Israel has what it needs to be able to defend itself, remain secure and sovereign.” Israel is America’s staunchest and most trusted ally in the Middle East with no reservation. All the candidates had different variations of the same message which was that they would not allow the United Nations Security Council to bypass Israel’s right to protect its present and future. This was not a subtle message at all considering it was broached by all four candidates.

I am here with 3 generations of Ciments sandwiched in between my 17-year-old daughter and my parents and my Aunt and Uncle. I mention this because though each of us sees the Aipac Policy Conference through a different lens of age, life experience and values, we all seem able to hone in on the core messages and takeaways we keep witnessing from event to event.

There is definitely this notion that people look forward to coming to AIPAC to hear what sounds like platitudes. Some of the speakers like Joe Biden in his Sunday night address even acknowledged how some of their statements could be seen as trite and shallow. And yet, despite the idea that they might be preaching to the choir, it feels really good to be in the choir. And when the patriotic music is booming to 18,000 choir members of Jews, Christians, African Americans and Latinos who all came together to support Israel and the red and blue “Come Together” messages are flashing from video screens all around the stadium, all I could think of as a first-timer drinking the Cool-Aid, was where do I sign up for next year. 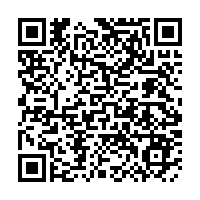