{In memory of my father Moshe Ben Aharon z”l}

I say about myself that I am “a Pesach Jew,” because all of my history is connected with the new Exodus from Egypt from the Soviet Union. I call myself “a Hanukkah Jew ” because I lit the Hanukka candles for the first time when I was still of barmitzvah age. Those candles told me to fight against assimilation. I call myself “a Purim Jew” because I went out from Gulag to Geula, to Eretz Israel on Purim.


And I call myself “a Jew of the Holocaust.” I became connected with the Jewish People while working together with Jewish youth in a terrible place for the Jews in Riga during the Holocaust. On the graves of the victims of the Holocaust, their surviving relatives said Kaddish.

But the first time that I heard the Kaddish was at the grave of my mother, Chaya Yenta Bat Nechemia Yosef z”l

The cruel Soviet regime took her from us. She left us when I was ten years old.

One can imagine a boy, choking with tears, standing in the cemetery beside the grave of his mother and hearing the words of the Kaddish. These words of the Kaddish penetrated deep into my soul. The melody and sound of this special prayer enfolded within them the grief of the loss, These sounds rose up high to the highest unknown worlds, and descended, to land down on the fresh grave. I was entranced by the Kaddish, it sounded like a song of sorrow of the whole of Israel for the thousands of years of exile.

Then I made a vow to myself, that when I grew up, I would know how to say the Kaddish.

Thus I became “a Kaddish Jew.”.

This was not a correct understanding, but no one in the synagogue was prepared to explain to me the meaning of the prayer. There were there old people who knew the Soviet law. According to the Soviet law, whoever taught Judaism would be sentenced to five years in jail.

And perhaps in my conclusion, that something good ended with the saying of the Kaddish, there was an element of truth.

When I was in Chistopol Prison I was in the same building as Natan Scharansky. We were able to converse by means of the prisoners’ “telephone,” the waste pipes that connected toilet bowl with toilet bowl in each cell.

About this special connection I shall tell later.

One day I heard “over the “telephone’ the choking voice of Anatoly (this was his name before he immigrated to Israel) – “Yosef, my father has died.”

I felt a deep sorrow in my heart. How could I help my friend? Suddenly I knew- I would send him a Kaddish! I at once wrote the words of the Kaddish on a piece of paper and took it with me “on an outing.” One must explain that in the West all the prisoners go for a walk in the courtyard together, but we belonged in the category of “very dangerous security prisoner” and so they didn’t allow us to go out together. The courtyard was divided up into triangles, between each of the triangles there were partitions so that we could not see or speak with one another. But the prisoner is always cleverer than the warder. In primitive Russia the partitions were made of wooden planks and in the planks there were holes. Overhead there was a net so that we could not throw letters to one another. And above all of this monstrosity the warders walked around and kept an eye on us. Apparently, there was no way to transfer the “Kaddish” But I had a plan. I made my Kaddish into a small paper ball and hoped to be able to throw it up in the space between the nets. The net was very narrow, and the chance of throwing accurately so that my Kaddish would pass from my side to Anatoly’s side was very slim. But hope warms the heart.

Every time they took me out for walk, I would immediately whisper in the direction of the adjoining courtyard “Who is there?” And if it was Anatoly I would whisper – “Get ready I am sending you the Kaddish prayer.” He was ready and tense – not to miss the “delivery.” “I’m throwing it!”

Everything was against me. The narrow net made it almost impossible to hit the opening between net and net. Overhead, the warders walked around on the lookout for the very thing which I wanted to achieve. I waited for the warder to came to where I was, and the moment that he turned his back to retrace his steps, I would try to throw the ball and succeed in my mission.

This continued time after time.

I failed. The following day and the next I threw and again I failed.

His Shiva was nearing its end and I still hadn’t succeeded in delivering the Kaddish.

I was almost in despair.

And suddenly I hear Anatoly’s voice – “I got it!” I can’t recall a day when I was so happy. I went back to my cell and wept with emotion. I had helped my friend!

The day came when my father also passed away. He was very ill. The doctors told him that perhaps only in Israel could the doctors cure him. But Father refused to leave the Soviet Union. “As long as my son is in prison, I shall not leave him.” He sacrificed his life for me.

As it says in about Joseph and Benjamin in the Book of Genesis “His soul is bound up with the lad’s soul.”

His heart failed and he passed away. He died on the eve of the fast of the 17th Tammuz They didn’t inform me – “in order not to cause extreme emotion to the prisoner.”

My father died in the Diaspora but, due to the intervention of President Nixon, the Soviet authorities permitted him to be brought to Eretz Israel for burial on the night of the 9th of Av.

I did not know the day of his death. But, in any case, I was fasting in memory of the Destruction. And so, also on Tisha B’Av, by participating in the national mourning, I was enabled to observe my own private mourning…

After a long while, the fact of my father’s death was revealed to me by chance. I didn’t know how to react.

I sat on the floor of my cell and fasted. I wanted to say Kaddish.

I knew that one said Kaddish only with a Minyan, a quorum of ten men There was no Minyan in the cell; there were six people, Ukrainians, Armenians, Russians. But, nonetheless, I recited the Kaddish. I added to my grief that of the victims of the Great Revolt at the time of the Destruction and that of all the members of my family murdered in the Holocaust.

Thus, I had much more than a Minyan. I spoke to them and they answered me. “Yitgadal ve’yitkadash shemei raba…” 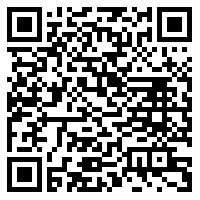