This year, my 16-year old daughter joined me for my trifecta attendance at the AIPAC 2019 “Connecting for Good” (this year’s theme) Policy Conference. As most parents can testify, kids love having alone time with their parents. My daughter is very typical this way – thank God.

For the last two years, in my unofficial coverage of AIPAC for the Jewish Press, I chose to focus on the speakers and the political discourse. It’s hard to avoid doing this when you hear endearing platitudes like “we can move faster alone or further together” or the Israel conscious headline “from Truman to Trump.”


This year though I want to highlight a different aspect of the Convention – which is the attendees. I’d like to talk about why 14,000 Jews leave their busy lives each year to come to AIPAC.

Attendees share a lot of similar reasons for coming to Washington D.C. rather than watching on YouTube for $36.00. They want to see politicians up close and personal (even though most are watching big screens) who testify to the bipartisan support for Israel on military, technological and economic matters. They want to be reassured that rising waves of anti-Semitism are being addressed. They want to see old friends and make new friends. Most importantly, they want to be part of the largest and most massive pro-Israel event that also recharges the batteries that power one’s love and support for Israel.

With all the negativity in the news and the polarization of American society, AIPAC tries to find items we can all agree on. One area is the outstanding annual sessions on Israeli healthcare technologies that produce miracles in people’s lives – not just in Israel but all over the world.

The tears cascade when you are stunned by paralyzed people dancing again. When you meet one of the inventors of the gastric video pill cam, it’s just a heartbeat away from thinking of a friend or relative who has benefited from this technology. Or, how about what happens inside your own heart when hear about a vest that utilizes a missile technology to “see through the skin” to detect fluid in the lungs (for early avoidance of heart attacks).

Though attending numerous sessions on healthcare miracles are enough of a reason to come to AIPAC, I believe that simply being at AIPAC exposes you to a multitude of miraculous events that can point to the presence of God in our lives.

The best way I can explain this is by sharing a few unexpected yet remarkable events that happened to us during this AIPAC trip.

The first mind-blowing event happened within 3 minutes of us arriving at the opening session of the Convention. To appreciate what I am about to share, just picture that the main ballroom of the Walter Convention Center is set up to seat close to 18,000 people in a very dark room that contains section upon section of chairs lined up further than the eye can see. As we entered the ballroom and started looking for seats, we immediately ran into my close friend Dr. Matthew Lefferman who was the person I attended AIPAC with last year as his guest.

The next morning, as we lined up to go through very long security lines before hearing Vice President Pence and former Ambassador Nikki Haley, we introduced ourselves to the couple standing in front of us, Dr. Arnold and Viviane Breitbart. Though we didn’t know them, we were able to see they were from Great Neck because everyone wears name badges that also include their city of origin. This tagging convention is one of the many unity endearing tactics we liked because it made it much easier to initiate conversations with people you didn’t know.

The Breitbarts asked us if we knew their daughter-in-law. I am sure it is not a surprise to write that of course we knew her and her parents David and Maure Gardner. David is more than just a close friend. He has been my Sunday morning Chavrusah for 10 years. He’s also the unfortunate person tasked with shooting videos of my weekly Divrei Torah at Congregation Bnai David after Shacharit. I immediately hugged this man as the world became so much smaller, happier and sensible in just a split second.

This leads to the 3rd miraculous event that happened just a few hours later. We were going to pick up some deli sandwiches (all the food is seriously kosher at AIPAC) and ran into Rabbi Steven Burg who is now the CEO of Aish HaTorah. The miracle is not just that we found Rabbi Burg amongst 18,000 attendees, but that he and I have been best friends since we met more than 21 years ago in – of course – David and Maure Gardner’s home on Sukkot.

The last miracle happened as we tried to check in online for our flight home only to find out that I misread my ticket and our flight had already left an hour earlier. As I started sweating profusely from the embarrassment of having to tell my daughter of my mistake and thinking we would be stuck in Washington for another day, I called United Airlines for help. Not only did they offer to switch our flight to a faster non-stop flight, they gave us a courtesy fee waiver and charged us nothing to make the switch. And the name of the customer support agent that helped us, you guessed it. Miracle. I kid you not. I asked her to repeat it just to make sure. She wasn’t kidding either.

Ultimately, the miracles we experience are more valuable when we internalize them and transform them into something that impacts our lives and daily commitment to be Jewish and do Jewish.

When thousands of people from all walks of Jewish life come together to support Israel, I will admit that it makes me feel good to be a Jew.

When politicians from both sides of the aisle reiterate support for an enduring USA and Israel relationship, that also makes me feel good to be an American.

When I walk the halls witnessing the enchanting and mysterious stories from other attendees who have experienced their own unexpected and quite miraculous needle in a haystack encounters, it reminds me that someone is watching over us.

Are these mathematically improbable coincidences enough of a reason to attend AIPAC? I’m not sure. But now that I have made a Chazakah of going three years in a row, I suppose I will just plan to be there next year regardless of the reason.

Truth be told, spending a few days with my pro-Israel brothers and sisters is also a pretty good way to assuage the guilt that builds up all year long for still living in America instead of Israel. 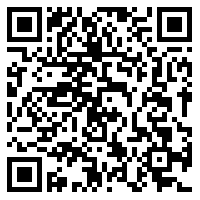