He then asked me again, “But did I do right?”

“Yes,” I said. “You fulfilled your mother’s last wish by living, reuniting with your sisters, and giving her grandchildren. And you survived to share your mother with us.”


At this juncture my father fell silent and I seized the opportunity to move the conversation away from his anguished memories. Our conversation drifted to more pleasant topics. I never again had a conversation about the Holocaust with my father.

Today, seven decades after the liberation of Auschwitz and four years after my father’s passing, I can reflect more easily on that conversation. The Nazis are reviled by the civilized world, consigned to the dustbin of history. And I am certain that in Shamayim, Rosa and my father are together, at peace, possessed of complete understanding. Rosa is proud of how my father went on to live, how he raised a Jewish family, how he kept her memory alive.

She would know that in 1972 her son returned to their home village with the singular objective of ensuring that the Jewish cemetery there, where her parents and generations of family are buried, was kept up despite the fact that no Jews had lived in the region for over 30 years.

She would know that when he went to the town hall to get the keys to the cemetery, he discovered that her precious wedding clock was now displayed prominently in the main entrance.

And she would know that he had immediately reclaimed it, taking it back to his home in America where her grandchildren would hear the same rich, hourly toll that had resounded in her own home.

Finally, she would know that my father had lovingly preserved her memory, her life stories, and the quintessence of her beliefs so that her grandchildren would know her as he did.

Auschwitz could not obliterate Rosa Lion, just as the parade of Jew-haters across history could not – and never will – obliterate our people. 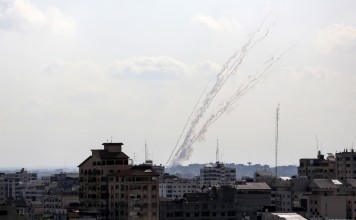