“There isn’t a day that I don’t think about him. That I don’t think of my pain and the pain of the others whose children were killed. It is not easy,” says Shosh Goldmacher, whose son Nadav, a 23-year-old resident of the southern Israeli city of Beersheba, was killed by an anti-tank missile when he responded to a terrorist infiltration during Operation Protective Edge.

Last summer’s 50-day war with Hamas in Gaza claimed the lives of 66 Israel Defense Forces (IDF) soldiers and six Israeli civilians. More than four months after the end of the conflict, but still early in the grieving process, the bereaved families are working to pick up the pieces.


Last month, OneFamily, an Israeli organization working to rehabilitate families that have had members killed or injured by war or terrorism, held an event for 160 people from 50 families that suffered losses from Operation Protective Edge. The event, which was also funded by the Iranian American Jewish Federation, offered a therapeutic environment for the families to heal together and to receive financial aid for the coming year.

OneFamily staffers had visited homes of the families during the shiva mourning period, and the organization has offered counseling and other support to these families since last summer.

“It gives me tremendous joy to see all of you sitting together, eating together,” Rabbi David Baruch Lau, the Ashkenazi chief rabbi of Israel, said at the Dec. 31 event.

But in reality, the positive healing energy that the event sought to create is just the beginning of a lengthy process for these families. Rebecca Fuhrman, the communications manager for OneFamily, said the families are already experiencing the forgetfulness of society.

“Neighbors and friends are moving on and they are left with the loss,” Fuhrman told JNS. “It is the first time they are really experiencing that since the summer. It can be a lonely journey.”

“A lot of friends came in the beginning, but everyone has returned to their lives,” said Shosh Goldmacher. “Our friends have moved on.”

Goldmacher takes solace in talking about her son, who was in the IDF reserves. She said Nadav wanted to fight in Gaza in order to give back to the Jewish people.

Chava Noach of Mitzpe Hoshaya lost her 22-year-old son, Oren Simcha, when the armored personnel carrier he and his squad were traveling in was caught in an anti-tank ambush in the Shejaiya neighborhood of Gaza.

“It makes you understand what is important and what is not important.… Losing a child, knowing he won’t come back every day, that just doesn’t disappear,” she said, her words coming between her tears.

Noach draws on her faith to get through the days. She believes her son had a job to do in this world. “He fulfilled it and now he is gone,” she said.

Goldmacher said it is painful knowing there is a strong likelihood of future wars in Gaza. But she doesn’t think her son’s sacrifice was in vain.

“We are not done [with Israeli-Palestinian wars], there is no question,” she said. “And every time we go into Gaza, more children will die. But what is the other solution? If we didn’t have this war, there could have been the very deadly attack they were planning for the holidays.” (Goldmacher’s reference is to a foiled Hamas plan to use the tunnels it dug from Gaza to Israel to execute a massive attack on southern Israel last Rosh Hashanah.)

“Your children watched over Gaza…and we will watch over you,” Economy Minister Naftali Bennett said at the Dec. 31 OneFamily event. “I want to tell you, ‘Thank you.’ You sacrificed the most and we are indebted to you forever.” 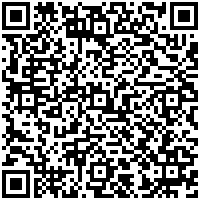