Did a rude outburst by an American Zionist leader really change U.S. foreign policy and almost torpedo America’s support for the creation of Israel?

That accusation against Abba Hillel Silver – a Cleveland-based Reform rabbi, popular speaker, and prolific author – has appeared in numerous books and articles over the years, including the Collecting Jewish History column in the July 7 edition of The Jewish Press. It has been repeated by historians, attorneys, and others who ordinarily would be considered reliable sources.

Where Was the Secret Service?

But in fact there is no evidence to support the allegation against Silver.

As the story goes, Silver “raged” (in one version) or “stormed” (in another) into the Oval Office, “shouting” at President Harry Truman and “pounding his fists on the president’s desk” in anger over Truman’s waffling on Jewish statehood.

The first time I read the allegation, it struck me as wildly implausible. How could someone “storm” into the Oval Office? Where was the Secret Service? There are multiple layers of security protection around a president to prevent the entry of unauthorized visitors.

The further I dug, the more suspicious I became. None of the published accounts seemed to be able to pinpoint the date for Silver’s supposed storming of the White House.

Evidently nobody bothered to check Truman’s daily calendar. They would have seen that Silver visited the White House on just two occasions during the Truman presidency – and both times he was accompanied by other Zionist leaders. Meaning that if there really had been any fist-pounding, there were eyewitnesses.

Surely if there had been such an outrageous display of rudeness, one of the other participants in the meeting would have mentioned it in his memoirs. Yet neither the autobiographies of Wise, Goldmann, or Lipsky, nor their published or private correspondence, make any mention of fist-pounding.

Keep in mind that Wise and Goldmann despised Silver. They feared his competition for leadership of the Zionist movement. They opposed his activist orientation; they preferred a cautious, behind-closed-doors approach.

Wise was especially furious when Silver helped persuade Republican leaders to insert a pro-Zionist plank in their 1944 party platform. Wise dashed off a letter to President Franklin Roosevelt, apologizing for the fact that Silver’s actions had embarrassed the Democrats.

Wise and his colleagues almost certainly would have mentioned an incident that would have vindicated their political strategy and besmirched their arch-enemy. They did, after all, call Silver plenty of names. In his correspondence, Wise called Silver a “gangster.” Goldmann, in his memoir, wrote that “there was something of the terrorist in [Silver’s] manner and bearing.” But he did not mention any fist-pounding to illustrate Silver’s supposedly terroristic nature.

President Truman had his own reasons for disliking Abba Hillel Silver.

During 1945-1948, Silver mobilized a nationwide network of Zionist activists – Christians as well as Jews – to undertake a massive campaign of rallies, lobbying, petitions, and other protests, all aimed at persuading the Truman administration to support Jewish statehood in Palestine.

These efforts were strengthened by a stream of warnings to Truman from his advisers that Jewish anger over his Palestine policy could result in Democratic losses in the New York City mayoral race of 1945, congressional elections in 1946, and ultimately in key electoral states in the 1948 presidential contest.

Truman resented the intrusion of domestic politics into his Mideast policy. He fumed over Palestine distracting his attention from the struggle with the Soviet Union over postwar Europe. And he feared the United States was being dragged into an unwanted overseas conflict in the Middle East.

Since Silver was the instigator of much of the political pressure that was getting under Truman’s skin, it is hardly surprising that the president disliked him. In one handwritten note to an aide in 1946, Truman charged that “the causes of some, if not all, of our troubles” were “terror and Silver” (the former was a reference to Jewish underground militias attacking British targets in Palestine).

Yet Truman’s two-volume memoir (published in 1955) did not mention any fist-pounding. Nor did any of Truman’s letters or memoranda from the period.

Truman and the Jews

It’s true the president spoke harshly about Silver. But he spoke just as harshly about broad swaths of the American Jewish community. For example, in the midst of a July 30, 1946 cabinet discussion about Jewish dissatisfaction over his Palestine policy, Truman exploded, “Jesus Christ couldn’t please them when he was here on earth, so how could anyone expect that I would have any luck?”

After Treasury Secretary Henry Morgenthau, Jr. telephoned Truman on July 21, 1947, concerning the British decision to prevent the refugee ship Exodus from reaching Palestine, here’s what the president wrote in his diary:

“He’d no business whatever to call me. The Jews have no sense of proportion nor do they have any judgment on world affairs… The Jews, I find are very, very selfish. They care not how many Estonians, Latvians, Finns, Poles, Yugoslavs or Greeks get murdered or mistreated as D[isplaced] P[erson]s as long as the Jews get special treatment. Yet when they have power, physical, financial or political neither Hitler nor Stalin has anything on them for cruelty or mistreatment to the underdog.”

For example, Truman privately described New York City as a “kike town,” and referred to his Jewish friend and business partner, Eddie Jacobson, as his “Jew clerk.”

Truman once wrote to his wife, Bess, about someone in a poker game who had “screamed like a Jewish merchant.”

In a 1945 memorandum, Truman wrote: “The Jews claim God Almighty picked ‘em out for special privilege. Well I’m sure He had better judgment. Fact is I never thought God picked any favorites.”

And there were many other such remarks.
<

To read the standard accounts of the period, however, it was all Silver’s fault that Truman was angry.

Peter Grose’s Israel in the Mind of America (1983), which is required reading in many college courses on the Middle East and U.S. foreign policy, claims the “major and immediate obstacle” facing American Zionists in the late 1940s was that “Silver was not an amiable man, and Truman could not abide him.” Grose’s proof: the alleged fist-pounding.

Silver’s “militant” approach “occasionally backfired,” a typical account asserts, claiming that Silver’s fist-pounding led him to be banned from the White House, and “had not cooler heads prevailed, Truman might not have come to the fateful of decision of recognizing Israel…”

The story is an indictment not only of Silver the man, but also of the wisdom of forthright Jewish political behavior in general.

Over the years, the tale of Silver’s pounding fists has made its way from narrow histories of American Zionism to major biographies of Truman such as Robert Ferrell’s Harry S. Truman: A Life and David McCullough’s bestselling Truman.

It has even been used for the partisan purpose of trying to absolve a beloved president of the charge of anti-Semitism. Bruce S. Warshal, a Florida rabbi and former publisher of that state’s largest Jewish newspaper, has claimed that Silver was to blame for Truman’s attack on “very, very selfish Jews.”

Writing in the CCAR Journal, the official publication of the Central Conference of American [Reform] Rabbis, Warshal castigated those who “attempt to portray [Truman] as an anti-Semite.” Anyone who regards Truman’s words as evidence of anti-Semitism must be afflicted with “Jewish victim mentality syndrome, which declares that you can’t trust anyone [and] thrives on outing anti-Semites among supposed friends.”

The reason “Truman was so annoyed at Morgenthau and [was] so critical of Jews,” according to Warshal, “is that while Truman was working overtime to help Jews, he was the object of ever-increasing Jewish political pressure.” He had a right to be “livid,” Warshal contended. After all, “Rabbi Abba Hillel Silver, the leading Zionist of the time, actually stormed Truman’s office and pounded his fists on his desk.”
No Source, No Proof

What is the source for the fist-pounding accusation?

Warshal offered no source at all.

Ferrell and others cite an obscure book about the history of a Kansas City synagogue to which Truman’s Jewish friend, Eddie Jacobson, once belonged. The author of that book, in turn, referred to an interview he did with Jacobson’s daughter, Elinor Borenstine.

So I telephoned Mrs. Borenstine for clarification. She told me her source for the fist-pounding allegation was her father. I asked her if Jacobson heard the allegation directly from the president. She did not know. In any event, she told me, Jacobson had put the episode in writing, back in 1968.

The problem was, he hadn’t.

The essay to which she referred me was a reminiscence by Jacobson published in the April 1968 issue of the journal American Jewish Archives. There he described his oft-cited meeting with the president in March 1948, at which Truman initially refused to see Chaim Weizmann and then relented. In the course of their conversation, Truman complained to Jacobson “how disrespectful and how mean certain Jewish leaders had been to him.” That was it; no mention of fist-pounding, no mention even of Silver.

All of which leaves us with an allegation that has no first-hand source; is completely implausible on its face; and was never corroborated by any of the eyewitnesses, even though they had strong personal and political reasons to mention it, either at the time or later.

Who Really Pounded His Fists?

In the course of researching this chapter in the misrepresentation of history, I came across an intriguing and possibly related incident.

Syndicated columnist Drew Pearson, a widely regarded investigative journalist based in Washington, reported on March 10, 1948 what he described as a recent conversation about Palestine between Truman and “a New York publisher.” He was referring to Ted Thackrey of the New York Post.

‘They’re disloyal to their country. Disloyal!’ he cried.”

According to Pearson, “Truman glared, assured his visitor that he did not mean to include Baruch or the publisher’s wife, then abruptly changed the subject.”

Truman denounced the story as “a lie out of whole cloth.” Pearson stood his ground, responding: “I regret to say that my quotation of the conversation between President Truman and the New York publisher was all too accurate, but I am glad that the president has now reconsidered his intemperate words.”

Within days, however, the controversy was subsumed by a hurricane of protests over the announcement by the U.S. ambassador at the United Nations favoring a trusteeship for Palestine instead of Jewish statehood. Naturally the administration’s retreat from the UN partition plan was of much greater consequence than the he said/he said clash between Truman and a journalist.

As a consequence, the Pearson allegation was quickly forgotten by the Jewish community and has been overlooked by historians ever since.

Is it possible that Truman, in complaining to Jacobson or others about allegedly ”disrespectful” behavior by Jews, was projecting something of his own intemperate ways?

We may never know the answer to that question. What we do know is that too many historians and pundits have carelessly repeated a baseless anecdote, which some partisans have exploited for political purposes. That’s no way to write history. 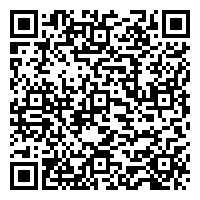