Simply put, adherents of the ”Third Position” oppose both communism and capitalism, the latter category subsuming Israel, the United States and all other democratic countries which are believed to be under the control of ”International Jewry.” To this end, the socialist portion of Nazi beliefs is emphasized (as opposed to Hitler’s reliance on corporatism), but the core belief in anti-Semitism is left unaltered. Like the original Nazis, the Third Positioners are eager to form alliances with Muslim (and black) extremists who share their anti-Semitic beliefs.

In Germany, the neo-Nazi leader Gottfried Kuessel has maintained close ties to Farrakhan’s Black Muslims, and Karl-Heinz Hoffmann, thought to have been involved in the murder of Jewish publisher Shlomo Levin as well as the Oktoberfest bombing of September 26, 1980, in which 13 persons were killed and over 200 injured, has long maintained ties with Arafat’s PLO and even moved his paramilitary training camp to Lebanon in 1980 with PLO assistance.


In France, the neo-Nazi leader Robert Faurisson maintains close ties with Ahmed Rami, the former broadcaster of the now-defunct Radio Islam, a viciously anti-Semitic station that operated out of Stockholm for a number of years. And for some time, Sweden’s neo-Nazis have provided skinheads for use as Rami’s bodyguards.

Much of the coordination of neo-Nazi/Muslim terrorist activities is done in the United States. Since overt Nazi activity is outlawed in Germany and many other European countries, neo-Nazis and Islamic extremists have taken advantage of America’s First Amendment protection of almost all political activity. In fact, the headquarters today of the Nationalsozialistische Deutsche Arbeiterrpartei is in Lincoln, Nebraska. The Internet and electronic banking make communication and the transfer of funds instantaneous. Even when the transfer of funds needs to be done in person, American law permits every individual to enter or leave the country with $10,000 in cash or negotiable securities without reporting it.

The First Gulf War in 1991 was a catalyzing event in the development of neo-Nazi and Islamic terrorist relations. Early in 1991, the German neo-Nazi leader Michael Kuehnen contacted the Iraqi Embassy in Bonn and offered to train and equip a squadron of neo-Nazi mercenaries to assist Saddam in the coming war against the alliance led by the United States. Indeed, when Kuehnen was arrested for the last time by German police in April of 1991 (Kuehnen died shortly afterwards of AIDS), included among the documents found in his apartment was a copy of a draft treaty between the ”Anti-Zionist League” and the ”Government of Iraq.”

Although upwards of as many as 500 neo-Nazi mercenaries, formed into a so-called Freedom Corps, were sent to Iraq in 1991, their military effect was negligible at best. Eyewitness accounts say that most of the mercenaries did little other than parade around Baghdad in SS uniforms. The members of the ”Freedom Corps” fled Iraq after the first night of Alliance bombing. Regardless of the ignominious military performance of the neo-Nazis in Iraq in 1991, this was an important event because it led to greater ties and cooperation among American right-wing extremists, European neo-Nazis and Islamic terrorists.

Domestic terrorism in the United States also rose greatly in the aftermath of the first Gulf War. Timothy McVeigh, himself a veteran of that conflict, stunned the world by his bombing of the Murrah Federal Building in 1995 in Oklahoma City. But the evidence suggests that the neo-Nazi/Islamic terrorist network played a significant role in this act of terrorism. 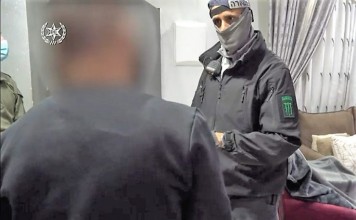 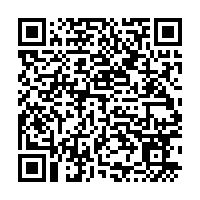