The presidency of George W. Bush seems vulnerable right now, and the major reason for this seems to be the issue of weapons of mass destruction – more precisely the apparent lack of same – in Iraq.The left-leaning media attack the president on this issue daily, as they should in a healthy democracy, and most Democrats in this election year are doing the same. There appears to have been a gap in the intelligence amassed by the U.S., England, France, Israel and other countries that pointed to stockpiles of WMD in Iraq (the Mossad continues to believe Iraq had them), and liberal pundits are calling for the head of George Bush. The common people of the Middle East, however, see things a little differently.Kuwaitis are ecstatic that their borders will probably not be invaded in the near future by a terrorist state, their cities pillaged, their civilian population raped, their stores and shops looted and their oil fields burned.Israelis are happy that Iraqi missiles – conventional or otherwise – will not come crashing through their walls at night. Nor are most Israelis upset by the fact that Iraq – which had contributed arms, funds, machinery and soldiers to the last eight major military confrontations here – will be evolving from a tyrannical military dictatorship to a democracy.In addition, the families of suicide bombers have lost a major source of income, and we Israelis are just plain happy that our eastern front will not be a threat to us for at least 20 years, unless of course our Iraqi, Iranian or Jordanian neighbors acquire WMD.The Kurds, who were attacked by Iraqi WMD in the 1980’s, are overjoyed that the genocidal maniac Saddam is in prison, his army in ruins. Their children are safe for the time being from any poisonous yellow clouds descending on their villages.The Iranians are pleased, for they suffered through a decade-long war with Saddam’s army that ended in a stalemate after an incalculable number of people were killed. Just about every family in Iran lost at least one friend or relative during that war, and now the threat of further armed conflict with their largest neighbor has diminished (unless of course the dictators of Iran at some future point decide to extend their Islamic Revolution westward).But the most jubilant people here in the Middle East are the vast majority of the Iraqi people themselves. Yes, protesters are seen in the streets of Baghdad on a regular basis, but are they protesting the “Great Satan” America or the “Zionist Entity” (as they did for decades under Hussein)”The answer is an emphatic “no.” On the contrary, the protests are over how Iraqi democracy will take shape. The protesters are agitating for a greater role in the shaping of their free and independent country – many of them desire a more timely transfer of power from the coalition to the Iraqi people themselves. With each passing day another mass grave is found in Iraq, confirming what we already knew: Saddam Hussein was murdering anyone who did anything that failed to meet his approval or who just looked at him or his regime the wrong way. At the very least, hundreds of thousands of Iraqis were murdered and dumped in unmarked mass graves.The war has had a ripple effect as well. Every dictator in the Middle East is awake and smelling the coffee. Suddenly Libya is owning up to the 1988 Pan Am terrorist attack and its own WMD programs. Syria is desperately trying to restart the peace negotiations with Israel that the Syrians themselves broke off years ago. Iran is reaching out to the West and allowing international observers on its own territory to inspect its nuclear reactors. Egypt is desperately trying to broker a truce between Palestinian terrorist groups. Saudi Arabia is actually arresting its own terror suspects and closing Al Qaeda training bases.There is no question that this war will change the face of the Middle East. Critics claim it may change it for the worse, but it’s difficult to see how that’s possible. Terror, poverty, illiteracy, infant mortality and unemployment in this region are at the highest levels in the world. The common people do not choose to be impoverished, but are cruelly kept in that condition by leaders who hoard the wealth of their land for themselves while pointing their fingers at the Jews. However, unlike many Europeans and some Americans, George W. Bush seems to know the truth of the matter.Bush – and we – know that Iraq at one time or another did possess WMD and that other dictators were trying to get their hands on them. Should Bush have waited until Tel Aviv, London or New York was vaporized before deciding to go to war? Or should he have made the necessary choices not only for the sake of the survival of the West, but for helping to bring the people of the Middle East out from under the thumbs of dictators?The fact is, the world is a safer place today than it was just one year ago. And it seems to be headed in an even safer direction. I don’t know if President Bush is sleeping better these days, but I sure am. 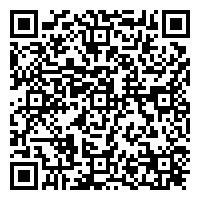