Editor’s Note: This is the eighth installment of a multipart series on the life and times of the author’s grandmother, who as a young woman came to America on her own in the early 1900s and made her way in a new country. The seventh part (“Freida Sima’s Mother Comes To America”) appeared as the front-page essay in the April 8 issue; part nine will run in June.


September 1, 1939 began for Freida Sima like every other Friday that year. Getting up early, she opened the kitchen window, put on her apron, and started preparing for Shabbos. Rosh Hashanah was less than two weeks away, she noted, and next week she should go over to Tante Hudel to decide how they would be dividing up the holiday food preparations.

As she worked in the kitchen she thought about the news they had been hearing from the relatives her uncle Joe and brother Abie had brought over from Germany. Everyone there was desperately trying to leave. True, the Bukovina where her family lived was a long distance from Germany, but who knew how far a war could spread?

For the thousandth time she berated herself about not pressing her father to leave Mihowa, something he refused to consider, even though his children had sent him money for tickets year after year. “And why,” she thought, “did I let Mama go back after she came to visit us here?”

And what of her six brothers and sisters still there? The family in Europe had their experienced their share of tragedy that year when her sister Marium’s little Tzilly died of appendicitis, but they had also had simchas when brothers Leibush and Elish had both married that spring. In America, Abie and Minnie had another little girl, Sheila. In Europe, Srul and Anna had Yulbert, the first boy of the next generation. And Sheindl, born after Freida Sima left Europe, had married Schaje, a cousin, and now had her own little girl, Marta.

Family had always been important for Freida Sima, even more so since she’d lost her best friend in America, Fanny Carlin, to illness several years before. Morris and Fanny had introduced Freida Sima to her husband, Mordche. What mazel that most of Mordche’s family had immigrated to America. At least she wouldn’t have to worry about them in the event of a war.

Busy with Shabbos preparations, Freida Sima didn’t think of turning on the radio. It was only when her boarder “Rosie” came in from his morning walk that she heard the news. Less than twelve hours earlier, German forces had attacked Poland, bombing Warsaw and seizing the “free city” of Danzig. Freida Sima felt a sudden chill. No one could guess how things would develop, but one thing was certain. The war everyone had expected was here.

Several weeks later, the Scharf-Eisenberg Family Circle gathered for its monthly meeting, just as it had been doing for more than a decade. Held in turn at the various family members’ homes, there was little of the usual chatter or card playing. Instead, after Abie, the circle’s secretary and treasurer, called the group to order, all talk turned to “the situation.”

Despite the fact that he and Uncle Joe had brought twenty-two families related to the “circle” out of Europe before the war, others, from Tante Rifka’s side, were still living in Germany. What would happen to them now?

“Even when discussing fears and worries, one has to eat,” Tante Hudel proclaimed as she and the other aunts laid out lunch: platters of corned beef, pastrami, salami, and tongue that Benny, the family butcher, always brought along, supplemented by Freida Sima’s mouthwatering potato salad and coleslaw. 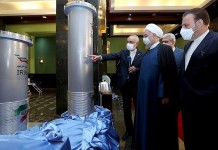 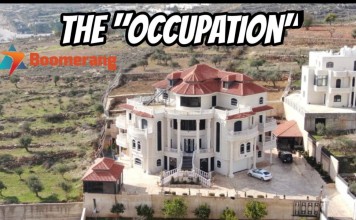 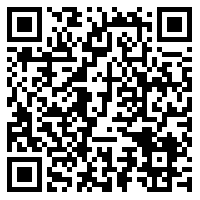