Even so, when the inevitable Palestinian civilian deaths occur, Israel is accused of violating the rule of “proportionality.” In fact, collateral damage – the accidental killing of civilians during military conflicts – is allowed by international law, provided the actions that caused the civilian deaths are not, according to Weiner and Bell, excessive in relation to the military need.

But the fact that deaths – even what might be perceived as excessive deaths – occur in civilian populations is not in and of itself indicative of violations of international law, and, write Weiner and Bell, “if a state, like Israel, is facing aggression, then proportionality addresses whether force was specifically used by Israel to bring an end to the armed attack against it.”


Hamas’s practice of using human shields, as well as storing munitions and weaponry in civilian neighborhoods and non-military buildings, also absolves Israel from some of the proportionality requirements, since the use of human shields and the perfidy of Hamas put the fault for civilian deaths on it rather than on Israel.

If Israel indiscriminately pummeled Gaza with bombardment from the air –with many resulting civilian deaths – it would violate the rule of proportionality and could be considered a war crime; but Israel’s responding to rocket fire from an apartment building and, in the process, killing civilians (even a large number of them) who were in the building with Hamas combatants is allowed, as long as Israel’s intent was to achieve a military objective and not just to exact revenge or capriciously murder civilians.

Even errors that lead to the death of civilians are acceptable, as long as the military purpose was the motivating factor in the assault, since, as Jonathan F. Keiler, a former captain in the U.S. Army’s Judge-Advocate General Corps, noted, “we do not determine criminality based on outcome, but intent.”

One moral challenge in asymmetrical war is that observers in the world community intuitively feel Israel’s disproportionate military strength makes the conflict fundamentally “unfair”; that because it is technologically and logistically able to exact more harm on the Palestinians, Israel should restrain itself to minimize enemy casualties.

That may be a compelling emotional response, but it is, of course, not a legal or moral argument with any weight. In fact, it is precisely because of Israel’s military superiority that a rational adversary would have been deterred from attacking in the first place.

The fact that Hamas chose to challenge an adversary that possesses disproportionate military capability indicates that the decision was either irrational or some type of collective death wish; in either case the Palestinians, and the world at large, cannot expect Israel not to use every means possible to protect its citizenry from both immediate and future assaults by genocidal terrorists who wish to murder Jews and destroy the Jewish state.

No nation is required to enter a suicide pact with its enemies, and no nation can be expected to wait until enemy rockets successfully reach an apartment building or school, forcing Israel to play, in the words of Harvard law professor emeritus Alan Dershowitz, “Russian roulette with its children.” 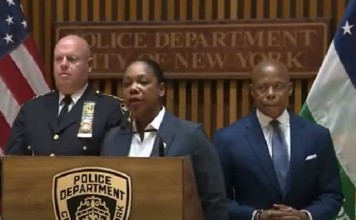 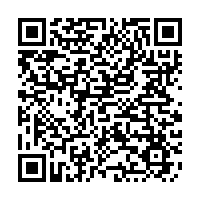