JERUSALEM — If a third Lebanon war breaks out, Hizbullah will try to conduct a ground incursion into the Galilee region of northern Israel, accompanied by massive rocket barrages, a senior IDF Northern Command officer told reporters on Sunday.

According to the officer, the current assessment is that Hizbullah will send dozens, if not hundreds, of fighters to seize and hold a piece of Israeli territory, even if only for a limited time, in an effort to achieve a propaganda victory. One possibility is that Hizbullah fighters might try to enter Israel by sea.


The IDF has said that to date it has not found any attack tunnels leading from Lebanon into Israel, but it does not rule out the possibility that such tunnels exist.

“The soil in the north is harder [than in the south], but Hizbullah is thinking about it,” the officer said.

“It would not be tough for [Hizbullah] to carry out an above-ground attack in the north. It does not need to invest in tunnels to reach Misgav Am [a kibbutz on the border with Lebanon]. Hizbullah has been thinking about offense for years. It is gaining experience in Syria as a military organization that organizes and carries out attacks.”

The officer noted that there is no need to “exaggerate Hizbullah’s capabilities. This is a group that has a total of 30,000 fighters. This would not be a battle against a Syrian army division, rather there would only be a couple hundred fighters carrying out raids.”

The IDF has made dramatic changes to its plans to defend northern communities, and it is not prepared to accept scenarios in which Hizbullah takes control of Israeli territory, the officer said.

The Israeli defense establishment has identified the addition of the Burkan (Volcano) rocket to Hizbullah’s arsenal. The relatively short-range rocket (4 kilometers or 2.5 miles) carries a very large warhead, in some cases more than a ton, and could pose a serious threat to IDF positions in the north.

Israel has noted that in the past two months Hizbullah has changed its strategy to “breaking the silence,” an attempt to create deterrence toward Israel while the group is bogged down in fighting in Syria and Iraq.

“We should be careful not to say that Hizbullah is intimidated and will not respond…even though [Hizbullah leader Hassan] Nasrallah may not want war just now,” the officer said. “It could still carry out a small attack in which, God forbid, two soldiers are killed. We will respond and we then will find ourselves in a place no one wanted to be in.” 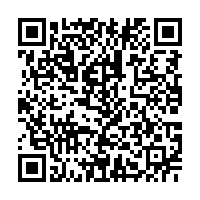