Similarly, there has been serious discussion of late to build in Berlin a memorial to German refugees, as though the displacement of Germans from territories they illegally occupied is the moral equivalent of the millions of persons who had their property and lives stolen by the Germans during World War II.

The victimization card is one of the more potent ones used by the neo-Nazis. As I write this I am sitting in my favorite coffeehouse in the Lehel section of Munich, which is two doors away from the headquarters of the Witikobund, one of the most anti-Semitic, neo-Nazi groups in Germany, founded by Sudetan Germans who believe they were illegally deprived of their birthright. The notion that all neo-Nazis are unemployed and poorly educated needs to be re-examined, as anyone who has priced rents in Lehel can attest.


The troubled German economy is yet another reason why neo-Nazis feel less constrained about exhibiting a more open and radical profile. Germany’s heavily taxed and tightly regulated economy is slowly being strangled by a system in which innovation, change and entrepreneurship are all actively discouraged.

Likewise, the protectionist legislation that has prevented many small businesses from any real competition is proving to be no longer tenable, with the result that bankruptcies in Germany have reached historic levels. Socialist labor laws make it virtually impossible to fire employees, so even financially viable employers are reluctant to take on any new workers.

The disastrous effects of the price increases resulting from the introduction of the Euro have compounded exponentially the German economic malaise. Given the historic tendency in Germany to embrace extremism during recessionary periods, the current economic situation is potentially as big a political opportunity for the neo-Nazis as the Great Depression was for the original Nazis.

The neo-Nazis are also taking advantage of the pro-Palestinian sentiments currently rampant among Germans. Just because some nativist neo-Nazis have attacked Turks, it is wrong to think that the neo-Nazis do not support Muslim terrorists, especially since al Qaeda, Fatah, and the neo-Nazi and Ba?ath parties have so many political goals in common.

There has also been speculation that some neo-Nazi groups have been receiving technical and financial aid from their Muslim ‘brothers,’ especially since the Brown Army Faction appears to be adopting al Qaeda-style terror techniques.

After the 9/11 attacks on America, a group of Hitler’s former SS guards who meet regularly in a Munich beer garden saluted Osama bin Laden by declaring him to be an ?honorary Aryan.?

The extent to which neo-Nazis and Muslim terrorists are cooperating is unclear. What is abundantly clear, however, is that the War on Terror has a new front in Germany. And that does not augur well for the future. 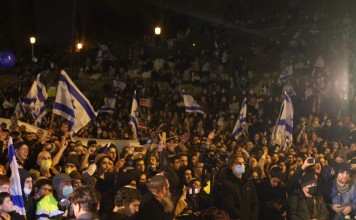 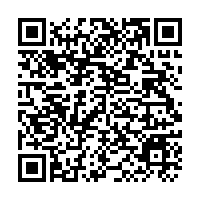