Although the United States and Germany are both democracies, the inclusive American concept of democracy and citizenship as being derived from belief in principles adumbrated in the Declaration of Independence and the Constitution is very different from the exclusive German concept based on the principle of blut und boden (blood and soil). For better or worse the Allemagni tribe has been a recognizably distinct ethnic/cultural/linguistic unit for over a thousand years and most Germans want to keep it that way.


The neo-Nazi groups are taking advantage of present widespread anti-American feelings in Germany. This is a very complicated issue because many Germans despise America while simultaneously embracing American products, culture and lifestyle. These are the so-called Americanized anti-Americans, as one columnist here recently put it. It is not uncommon to see jeans-clad and Coke-drinking Germans march in protest against America and then break for lunch at McDonald’s.

The situation was exacerbated by Chancellor Schroeder’s calculated and cynical use of anti-Americanism as a chief component of his re-election campaign last year. The results of that campaign are still being felt as diplomatic tensions have yet to subside between America and Germany, and Americans have begun to view the former Soviet bloc countries as being more reliable as allies. Having unlocked the genie of anti-Americanism, Schroeder is having a great deal of difficulty getting it back into the bottle.

German anti-Americanism is often a proxy for anti-Semitism. Many Germans who are not neo-Nazis share the belief in the old anti-Semitic canard that America is controlled by a Jewish cabal. While overt anti-Semitism in the political arena is very risky, it makes its appearance in coded form, as anti-Zionism and anti-Americanism. A German politician risks no political capital by being anti-American.

Like the trick favored by the original Nazis of projecting their crimes onto their opponents, the neo-Nazis have a habit of saying it is America and Israel that are the real fascist countries. And it becomes almost wearisome how often George W. Bush and Ariel Sharon are said by neo-Nazi and radical leftist Germans to have committed worse crimes than Hitler.

It is also important to recognize that overt anti-Semitism has been slowly creeping into the mainstream political discourse of Germany. A Rubicon of sorts was passed in last year’s elections in the openly anti-Semitic campaign of the Free Democrat Party’s Juergen Moellemann, a former vice-chancellor under Helmut Kohl. Moellemann committed suicide this year when he was discovered to have maintained a number of foreign bank accounts containing millions of Euros in defense contract bribes. He is also thought to have received money from Islamist and anti-Semitic organizations.

The neo-Nazis are also taking advantage of anti-globalization sentiment. By their opposition to the United States, the lone international superpower, and Israel, home to ‘International Jewry,’ the neo-Nazis cleverly tap into an anti-globalization movement that has many adherents among the young, the neo-Luddite and radical environmentalists of the political left, and non-Nazi German nationalists.

Another aspect of sentiment that the neo-Nazis are cleverly tapping into is the noticeable shift in opinion in which Germans now view themselves as the victims of World War II and not its perpetrators. This shift in German public opinion is quite worrisome because it was precisely a similar shift that the original Nazis used to incite popular sentiment about the Versailles Treaty which ended World War I. The Germans also started that war but came to view themselves as its victims.

A recent best-selling book in Germany is Der Brand (The Fire); the author, Joerg Friedrich, contends that the Allied bombing of Germany was the moral equivalent of the Holocaust. He even went so far during an interview on BBC television to remark that Germany invaded the Soviet Union in 1940 to for the sole purpose of restoring Christianity there. 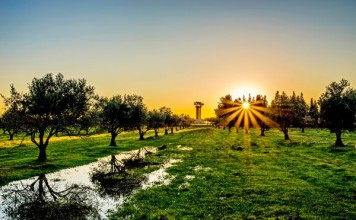