And in her own op-ed in the Monitor, she only started counting rockets lobbed into Israel from Gaza after, she said, Israel violated some illusory cease-fire of which apparently only she and the “new” Hamas were aware.

In her view, it was only Israel’s defensive reaction to the attempted murder of its citizens that prompted Hamas rocket attacks from Gaza, nothing else.

That is, suppressing the academic freedom of one country’s scholars, making it impossible for them to express their views or disseminate their scholarship, and banishing them from contact with other scholars defies what the university is supposed to stand for – among other things, an open and free exchange of ideas in an international “marketplace of ideas.” That alone is reason to reject calls for academic boycotts.

But the current accusation made against Israeli scholars – which are not, tellingly, made against any other academics from any other country – that imputes a moral responsibility on Israeli academics for the political behavior of their government is particularly baleful.

In this perverse assault on academic integrity, and even good sense, a whole nation of scholars is tarred with same brush of virulent anti-Israel activism, so that, as the British writer Howard Jacobson put it, “All are guilty by association with the heinous ideology of their country, that is to say, guilty by simple virtue of being Israelis.” 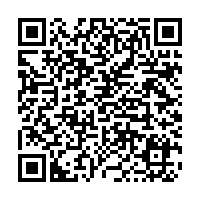