JERUSALEM – Actress Scarlett Johansson announced last week that she was ending her relationship with Oxfam following criticism from the humanitarian group over her work as a spokeswoman for SodaStream, a producer of home soda-making machines, which operates a factory in the West Bank.

Johansson said she and the organization, which opposes trade with Israeli settlements, have “a fundamental difference of opinion in regards to the boycott, divestment and sanctions movement.”

SodaStream, which has several production plants and offices in Israel (including Mishor Adumim, Ashkelon and Airport City), currently employs approximately 1,300 workers at their Mishor Adumim production facility. This number includes some 500 Palestinians and 450 Israeli Arabs. Mishor Adumim, an industrial park located in the industrial zone of Ma’ale Adumim, is a short distance from Ramallah and East Jerusalem, which accounts for the large number of Palestinian and Israeli Arab workers.

During peace negotiations between Palestinian Authority President Mahmoud Abbas and successive Israeli governments led by Ehud Olmert and the current prime minister, Benjamin Netanyahu, the Israelis have repeatedly told Palestinian and American interlocutors that the Ma’ale/Mishor Adumim (E-1) region would be absorbed into Israel as part of a final border agreement with the PA.

Israeli governments have openly supported SodaStream’s economic agenda by funneling millions of shekels in subsidies to the fast-growing company, whose stock is traded on NASDAQ.

SodaStream’s Palestinian employees earn between 4,500 and 6,000 shekels a month. One female Palestinian SodaStream employee, whose husband is a 10-year veteran of the Palestinian police force, told the Times of Israel that her salary is nearly three times her husband’s.

The Palestinian employees, unlike those working for the PA, receive many of the same work and insurance benefits as their Israeli counterparts. SodaStream also ensures that their Palestinian employees receive proper work permits from Israeli authorities, along with rides from their homes to the Mishor Adumim factory.

Dozens of smaller and mid-size Israeli companies employ, on a daily basis, thousands of Palestinian workers in industrial parks straddling the Green Line and in Judea and Samaria.

Pressure from the anti-Israel BDS movement, which has also targeted these companies, has actually forced some of the Israeli businesses to fire Palestinian employees during the past few months because of slowing export sales to European buyers. Many of these buyers have succumbed to the boycott threats and cut their orders.

“I think Benjamin Netanyahu has been the best friend of the Palestinians. We love him,” Ahmed (not his real name) told The Jewish Press. “He is the only Israeli prime minister that has made employment easier for us in Israel by taking down most of the checkpoints in the West Bank. Yes, we still have to get up in the middle of the night to stand on line at the checkpoint to have our work permits checked by IDF soldiers, but at least we have a chance to earn a living and put food on the table.”

Johansson, who was born to a Danish father and Jewish mother, intends to visit Israel later this year as SodaStream’s guest. 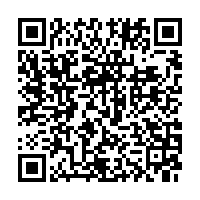