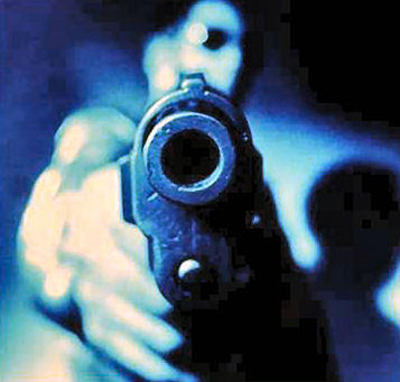 With the debate over gun control at fever pitch following the atrocity in Newtown, Connecticut, I thought readers of The Jewish Press would find the following account of my experience during the Los Angeles riots of 1992 both timely and interesting.

When a jury acquitted four L.A. police officers who’d been charged with assault and excessive force in the beating of motorist Rodney King, the streets erupted. My wife, our children and I were trapped for several frightening hours. We were unarmed, helpless save for our wits. The police were conspicuously absent and the bad guys, frequently armed with heavy weapons, owned the streets. It was a defining moment in my life.

The rioters are surging toward the front doors of the theater. They are shouting, but the glass doors are so thick we cannot hear what they’re screaming. The visual is quite enough. Their faces are twisted into expressions of raw hatred. The mob looks intent on some serious violence.

A few kids are laughing, milling about aimlessly and in apparent good cheer. Hey, maybe this is just a community street festival.

We’re at a screening for a new movie. It’s a Hollywood premiere, a charity event for, get this, inner city youth.

I’m friends with the executive producer.

“Bring Karen and the kids,” the producer chirps on the phone. “It’s a kid-friendly movie, there’s gonna be a reception, and really, Robert, it’s gonna be fab-u-lous.” And so because this producer is my friend and I want to support her movie, and because I’m a Hollywood screenwriter and personal relationships grease the wheels of the business, and because the producer is a player and admires my work, I schlep Karen; Ariel, 11; and Offspring #2, seven, to the screening/charity benefit in the DGA building on Sunset Boulevard in Hollywood.

What could possibly go wrong at a swanky premiere?

The film, a real stinker, at long last cuts to its final fade to black. Everyone is now mingling in the reception area. Guests congratulate the producer, director and stars, assuring them that the film is: ”great, just great,” and “the best work you’ve ever done,” all the expected and acceptable lies we tell each other.

Suddenly a chill sweeps through the room.

Something is happening outside.

I step toward the large plate glass doors of the theater. The security men, two burly rent-a-cops, deeply alarmed, start locking the row of doors.

Mesmerized, I stare as something hard bounces off the thick glass.

“Step back from the doors,” the security men say.

I stay put. I want to see what’s happening.

“Please, step away from the doors,” they plead as more guests press forward trying to glimpse the fearful gathering outside.

I see it happening. A classic shot unwinding in slow motion: the mob swarms toward the DGA building, toward us: a thick wave of fury marching with a terrible velocity towards this cocoon of – there’s no way around this – Hollywood liberals.

Not, mind you, to express their everlasting appreciation for our spectacular generosity. No, hard as it is to believe, it looks as if the objects of our charity would like to lynch us.

Or maybe burn us to death.

Almost funny. But not quite.

Abruptly, we are plunged into darkness.

And as if on cue, a woman screams, just like in the movies.

A rent-a-cop calls out: “We turned off the lights so they can’t see inside. It’s a safety precaution.”

It is pitch black, rioters are gathering outside the DGA building, and to make matters worse, women and children in the lobby are yelling and sobbing in panic.

Karen does not scream or yell. Even as rocks thwack sharply against the front doors, Karen doesn’t even flinch.

“Karen,” I whisper, “I think we should get to the car and get out of here.”

“I was thinking the same thing.”

Offspring #2 is still in my arms, still glued to my hip, and though seven years old she has regressed and jammed her thumb in her mouth; she trembles mightily, as if freezing. I can actually hear her teeth chattering. 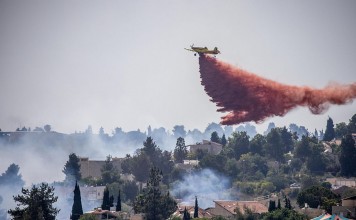