Antonin Scalia had a keen interest in Jewish learning. The late Supreme Court justice and I were classmates and co-editors on the Harvard Law Review between 1958 and our law-school graduation in 1960. When we debated legal issues in those days (as we frequently did), other members of the Review’s board would say that “the Jesuit and the Talmudist” were at it again.

Nino (the name used by his friends) liked to hear rabbinic words of wisdom even then. His devout Catholicism included healthy respect for Jewish tradition.


A decision Scalia wrote for a unanimous Supreme Court in April 1999 concerned the meaning of the word “gratuity” in a federal law that prescribes criminal punishment for bribery of non-judicial federal officials. The case concerned then-Secretary of Agriculture Michael Espy, but it is an important decision that could today affect, by analogy, the criminal convictions of former governor of Virginia Bob McDonnell and New York Assembly Speaker Sheldon Silver.

The Supreme Court ruled in United States v. Sun-Diamond Growers of California that a trade association that had given Espy tickets to the U.S. Open tennis tournament and treated him to meals and free luggage did not violate the federal prohibition against “gratuities” if the prosecution did not charge or prove that the gifts were “linked” to any official act performed by Espy.

The Supreme Court’s ruling was not remarkable or unexpected. Espy had been acquitted by a jury in a publicized trial, and the Sun-Diamond prosecution was an independent counsel’s last-ditch effort to justify charging as criminal any gift given to a federal public official by a lobbyist. No Supreme Court justice dissented from Scalia’s opinion. But the opinion revealed an interesting side of the justice. It began as follows (the text is at page 400 of volume 526 of the United States Reports):

“Talmudic sages believed that judges who accepted bribes would be punished by eventually losing all knowledge of the divine law.”

What fate awaited a judge who took bribes was not remotely relevant to the legal issue the Supreme Court decided in Scalia’s written opinion. But the controversy debated before him made Scalia think of a rabbinic dictum that he chose as a starting point for his legal analysis. Even more remarkable is that the teaching of the “Talmudic sages” that Scalia invoked is not a well-known Jewish proverb. It is known only to well-versed students of Rashi’s commentary on Torah.

“Ve-shochad lo tikach, ki ha-shochad ye-aver pikchim, vi-yesalef divrei tzadikim.” The Torah warns judges in Parshat Mishpatim not to take bribes because “the bribe will blind those who can see and will pervert the words of the righteous.” Rashi comments, “Even a Torah scholar who accepts a bribe is destined to have his mind confused, and his learning forgotten, and his vision dimmed.”

The source for this Rashi is not any passage in Talmud Bavli or Yerushalmi, but the Mechilta – a collection of midrashic teachings of Tannaim on Sefer Shemot.

Scalia was known to be punctilious on legal citations. His law clerks described how he would “book” the draft opinions they wrote. He would require them to bring in the volumes containing the judicial decisions they cited and have them demonstrate in his presence how the cited precedent supported the proposition which the clerk invoked in a draft opinion. Yet no specific citation accompanies this reliance on the teaching of “Talmudic sages.”

Scalia was not diffident about citing sources for statements of Jewish teaching. In a brief dissent he issued in a 2009 case called Caperton v. A.T. Massey Coal Company, which concerned the constitutionality of a West Virginia judgment issued by a judge whose political contributors were parties in the case, Scalia said (the text appears at page 903 of volume 556 of the United States Reports): 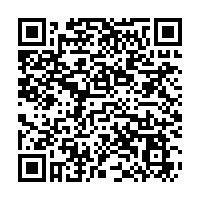