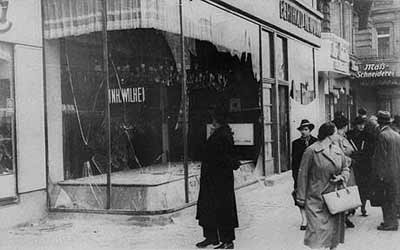 Seventy-five years ago on November 10 the Nazis unleashed a wave of terror, destruction and death known as Kristallnacht upon Germany’s Jews, a fearsome presage of the Holocaust. On that day, the childhood of my then-12-year-old father, Kurt Lion, of blessed memory, was abruptly and savagely ended.

As he later would tell me, November 10 dawned for him “like any other day and we had no idea of what was about to befall us.” Anti-Semitic rhetoric and laws had been incrementally inflicted on Jews since Hitler’s ascent to power in 1933. Under the 1935 Nuremburg laws, Jews were expelled from “Aryan” public schools. My father and other Jewish children from his farming region were forced to commute to a Jewish school in the market town of Freiburg. He found himself in frequent fights with bullies, and quickly learned to stand up for himself.


On that November 10, my father as usual took the train to Freiburg for the 10-mile journey. Leaving the train, he heard a raucous mob and saw a pall of thick smoke. Curious, he walked closer to the burning building and was horrified by what he saw. A crowd had gathered before Freiburg’s synagogue and was applauding as flames consumed the building. Firemen stood idly by their trucks, smirking. On the cobblestones was a pile of burning prayer books, Torah scrolls and furniture, dragged from the synagogue. No one did anything to stop the destruction.

Confused, my father headed toward his school and there found the teachers dismissing the students, urging them to disperse inconspicuously. Since he was far from home, a teacher suggested he lie low in Freiburg’s public gardens. After some hours, my father, alarmed at not knowing what was happening, left the park. He approached the home of family friends to seek advice. As he rounded the corner, he stopped dead in his tracks. Several policemen stood outside the house, watching the Jews. Mind racing, he quickly retreated back to the park and hid there for the rest of the afternoon. At dusk, he returned to the station and boarded the train for Ihringen. Once there, it was as if he had entered a nightmare.

He saw that Ihringen’s two-story, seventy-year-old synagogue had been burned completely to the ground. It had been a beautiful building, with intricate wall carvings, an ark filled with nine Torah scrolls, an elaborate wall-hanging depicting the twelve tribes of Israel and windows that let in sunlight through sparkling stained glass. My father had spent countless hours there, beside his father, Philip, praying and learning. Now it was gone. In the darkness, he glimpsed two boys whom he had tangled with previously. They were in Hitler Youth uniforms, laughing and joking about what had happened.

“We really showed those Jews,” he heard one say. “It’s good we got rid of a few.” Fearing the worst, he ran home and found his mother, Rosa, sitting despondently at the kitchen table with his aunts. “What happened?” he asked. In an anguished torrent, they told him of the horrors that had occurred that morning.

Shortly after my father had left the house that morning, uniformed SA Brownshirts banged on the door, forcing their way into the family home. Yelling that they had come for the “traitorous Jews,” the Nazis hustled my father’s father, age 66, out into the street. They did the same to the ten other Jewish men still remaining in Ihringen, including my father’s uncles – Marx, Hermann and Benjamin, all also in their sixties. During World War I, some of them had served with distinction in the German Army, with Philip receiving an Iron Cross for valor. Now, at gunpoint, they were marched in front of the synagogue where SA men were positioned.

The locals, in the midst of their morning routine, gathered and listened to the SA commander announce over a bullhorn that “at long last the Jewish traitors will get what they deserve.” The Jewish men were forced to strip down to their underwear and stood humiliated as the Nazis mocked them. Neighbors, who in former times had been friendly to Philip and even sought him out for advice, looked away guiltily. Those who were younger and had been reared during the Nazi years laughed openly, relishing the spectacle. The village’s several fire-department water trucks were situated at the scene. 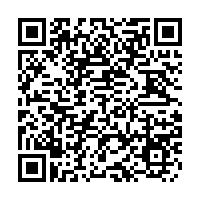