During this 70th-anniversary year of the Allied victories in World War II, when the 550,000 Jewish-American men who served are being widely celebrated, the exemplary lives of the Jewish women of The Greatest Generation – the term coined by Tom Brokaw to describe those who came of age in the years between the Great Depression and World War II – must also be commemorated.

Over the past two years several prominent Jewish-American women who were born in New York City between 1918 and the early 1930s passed away: actress Lauren Bacall, singer Eydie Gorme, businesswoman Jean Nidetch (a cofounder of Weight Watchers), Bess Myerson (Miss America in 1945), comedian Joan Rivers, painter Jane Freilicher, and Gertrude Schimmel, the pioneering New York policewoman who died in May at age 96.


I attended a memorial service for Deputy Chief Schimmel, who shattered several discriminatory gender barriers in the NYPD. In 1961, Schimmel, who joined the force in 1940, and another Jewish policewoman, Felicia Shpritzer, had to file a lawsuit to take the sergeant’s test, which they then passed. Sergeant Schimmel continued her path-breaking climb up the leadership ladder of the NYPD to lieutenant, captain, inspector, and deputy chief.

Although our families were neighbors in the Bronx between the late 1940s and the early 1970s, and her late son Victor was two years ahead and her younger son Edward two years behind me at the Bronx High School of Science, I didn’t know until I read her obituaries that Deputy Chief Schimmel was a 1940 Phi Beta Kappa graduate of Hunter College.

Other brilliant Jewish women who attended that elite institution in the same period include Nobel Laureates in Medicine Rosalyn Yalow and Gertrude Elion, Congresswoman Bella Abzug, Shpritzer, and Myerson.

Most of the remarkable women of The Greatest Generation were college graduates when very few American women held college degrees.

My mother, Florence Schulte (1923-2009), was a member of this distinguished generation, and I used to joke with her that my grandparents – a World War I doughboy/postal worker and a secretary for the U.S. Army on Governors Island – sent her to NYU in the early 1940s to study education (she taught for 25 years in the city’s public schools) rather than to Hunter in order to prevent her from turning into a leftist hothead like Abzug.

When, in the 1990s, Abzug and I were members of B’nai Jeshurun, the left-wing Upper West Side synagogue, her utopian delusion had morphed from “Workers of the World Unite” to “Women of the World Unite.” In the 1930s and early 1940s all-female Hunter and the equally renowned all-male City College were hotbeds of Jewish left-wing radicalism.

President Obama, in honoring Professor Dresselhaus, pointed out that “when she arrived at MIT in 1960, only four percent of students were women. Today almost half are, a new generation walking the path that Millie blazed.”

Dr. Dresselhaus, in an autobiographical sketch after receiving the prestigious Kavli Prize in nanoscience in 2012, credited Nobel Laureate Yalow (1921-2011) for providing life-altering guidance: “In my second year at Hunter College [1949], I had a modern physics course from Rosalyn Yalow who strongly encouraged me to become a physicist, and she became a lifelong mentor.”

Dresselhaus and Ozick are among the many outstanding Jewish women who graduated from the venerable Hunter College High School, a group that includes Supreme Court Justice Elana Kagan; historian Lucy Dawidowicz; Evelyn Handler, the former president of Brandeis University; Birdie Amsterdam, who in 1958 became the first women elected to the New York State Supreme Court; and Evelyn Lauder, the businesswoman and philanthropist who arrived in New York with her family in 1940 as a four-year-old refugee from Nazi-occupied Austria. 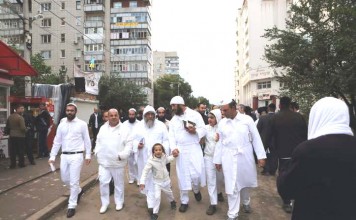